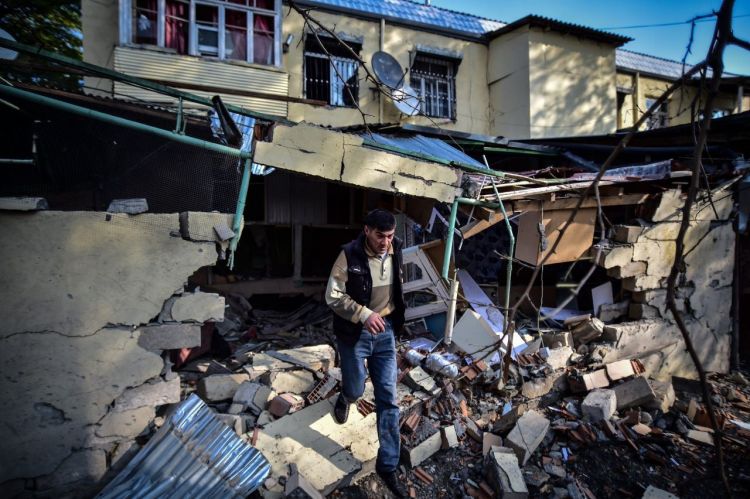 The Kyrgyz internet portals goldenbridgenews.com and turktoday.info call Armenia's shelling of the central regions of Ganja, which is outside the front line, a war crime.

The portals, refer to the official Twitter of the head of the Foreign Policy Department of the Presidential Administration of Azerbaijan, Hikmet Hajiyev, Trend reports.

"Armenia's treacherous and brutal missile strike on the civilian population in Ganja is a sign of the weakness and despair of the military-political leadership of Armenia in the face of defeat on the battlefield," Internet portals say.

As a result of Armenia's missile attacks on settlements in the central part of Ganja, more than 10 people were killed, more than 40 were injured, and a lot of damage was caused to numerous civilian infrastructure and vehicles.

Kyrgyz Internet portals referring to Hikmet Hajiyev say: "According to ANAMA, SCUD / Elbrus tactical ballistic missiles were fired at Ganja. This is evidenced by the shells found at the scene. Aiming SCUD missiles at densely populated areas of civilians testify to the complete immorality and schizophrenic thinking of the Armenian military-political leadership," the portals note.