R.Erdogan announced the discovery of an additional 85 billion m3 of gas reserves in the Black Sea | Eurasia Diary - ednews.net

R.Erdogan announced the discovery of an additional 85 billion m3 of gas reserves in the Black Sea 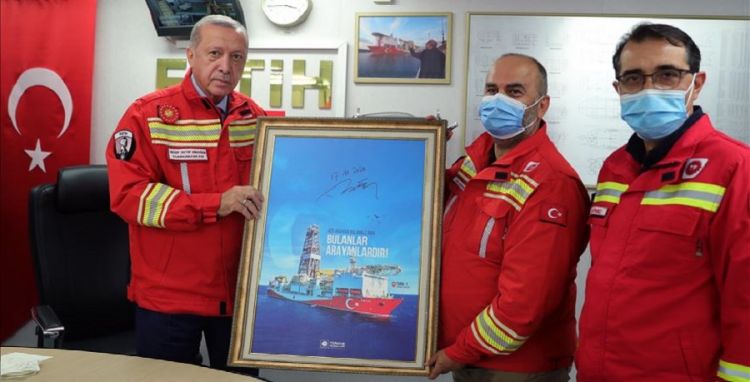 Turkey’s president boarded the drillship Fatih on Saturday, where he officially announced details of the new discovery of natural gas reserves.

Erdogan said that the discovery was a "morale booster" and would "significantly reduce Turkey's reliance on foreign resources." Gas from the field could be pumping into Turkish homes by 2023, he noted. Ankara has said that the Black Sea gain will not  detter it from exploring in the eastern Mediterranean, despite accusations from neighboring Greece that its longtime rival is violating maritime borders.

Erdogan promised to push ahead with energy exploration. "We will continue our search for hydrocarbon resources in the Black Sea and the Mediterranean," he said.

More than a quarter of Turkey’s long-term gas contracts expire next year, including imports via pipeline from Russia’s Gazprom and Azerbaijan’s SOCAR and a LNG deal with Nigeria.