Meet the Jewish-Azeri soldier on the front lines in Nagorno-Karabakh | Eurasia Diary - ednews.net 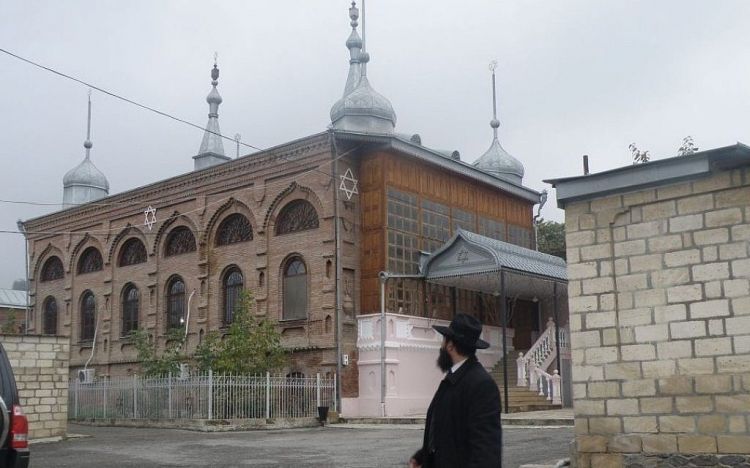 The ongoing conflict between Azerbaijan and Armenia has seen the most significant mobilization of troops in the region since their conflict in the 1990s. Among these troops is an Azeri Jew named Daniel Zarbaliv.

Zarbaliv's story was shared in a video posted on Twitter Saturday night by US Ambassador to Azerbaijan Elin Suleymanov, which depicted him in full military gear. The video was spoken in the Azeri language, but was subtitled in Hebrew.

He identified himself as being from the town of Krasnaya Sloboda (Qırmızı Qəsəbə) in the city of Quba, which is known for being home to thousands of Mountain Jews. Now, Zarbaliv finds himself fighting on the front lines against Armenia over the disputed Nagorno-Karabakh region.

The territory is recognized internationally as part of Azerbaijan, though its population is primarily ethnic Armenians, who also primarily govern it as part of the de facto but unrecognized Republic of Nagorno-Karabakh. Armenia and Azerbaijan clashed over the territory in the past, but fighting recently erupted on September 27, with both nations mobilizing troops and launching attacks on each other.

"I am proud to be here myself, liberating lands which were conquered more than 30 years ago. My friends and I truly believe this," Zarbaliv said in the video.

Daniel, a Jewish -Azerbaijani patriot, is one of thousands of our citizens of diverse backgrounds who are defending their homeland - #Azerbaijan pic.twitter.com/q1WYBI5aAl

Israel has maintained strong ties with both Armenia and Azerbaijan, and both nations have pressured the Jewish state for support. On Saturday, Israel's Ambassador to Azerbaijan George Deek said the country stood in solidarity with Azerbaijan, and was ready to provide humanitarian aid. In addition, Israel has also sold Azerbaijan drones, which have reportedly been used against Armenian forces, though according to Hikmet Hajiyev, an aide to the Azeri president, the bulk of Azeri military equipment comes from Russia and Turkey.

Despite this, dozens of pro-Armenian Israelis traveled to the Knesset on Saturday to protest defense cooperation with Azerbaijan.