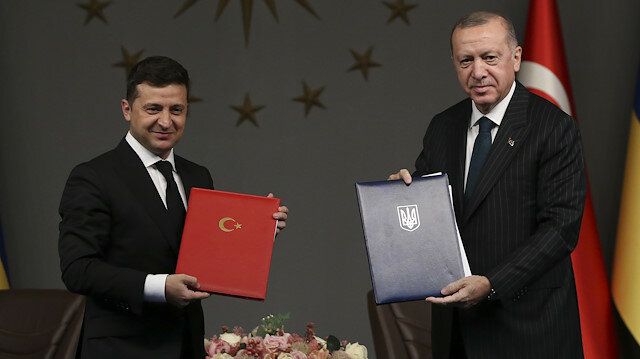 Speaking to Ukraine’s parliament, Volodymyr Zelensky touted the current level of cooperation between his country and Turkey, including in technology and the defense industry.

“We will produce corvettes, motors, unmanned aerial vehicles, and air defense systems with Turkey,” he said.

This February, Turkish President Recep Tayyip Erdogan paid a visit to Zelensky in the capital Kiev.

Under an agreement signed during the visit, Turkey pledged to provide 205 million liras ($25.8 million) to help Ukraine meet its defense needs.

The two countries also agreed to work to boost bilateral trade, initially to $10 billion and then to $20 billion, significantly higher than the $5 billion seen in 2019.

The leaders also called for negotiations on a free trade agreement that have been ongoing since 2012 to be concluded this year.