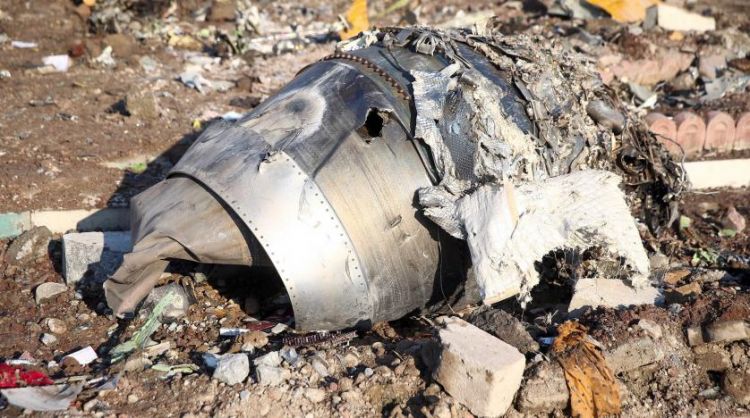 Ukraine said on Wednesday that Iran promised to reveal "detailed" information on the probe into a Kiev-bound passenger plane mistakenly shot down in January, after a fresh round of talks in Tehran, Eurasia Diary reports citing Asharq Al-Awsat.

Ukraine said on Wednesday that Iran promised to reveal "detailed" information on the probe into a Kiev-bound passenger plane mistakenly shot down in January, after a fresh round of talks in Tehran.

Iran admitted days later that its forces accidentally shot down the plane, killing all 176 people on board, after firing two missiles amid heightened US-Iran tensions.

After a second round of talks between Iran and Ukraine in Tehran, the parties reached an agreement that within a week Kiev "will receive detailed information on the investigation" conducted by Iran, said a statement from the office of Ukraine's attorney general.

The information to be provided will include "documentary evidence of the detention of six people who are suspected of shooting down the plane," it added.
It said that, by the end of October, Iran has also promised to send to Ukraine a key piece of evidence -- the flight deck of the crew which was found in the first days after the disaster.

Gunduz Mamedov, Ukraine's deputy attorney general, vowed in the statement that Kiev would not accept Iran withholding any information on the grounds it was a "state secret".

Iran's civil aviation authority has said the misalignment of an air defense unit's radar system was the key "human error" that led to the plane's downing.

The first round of negotiations were held in Kiev in July, with the Ukrainian authorities saying they were "cautiously optimistic" about the process.

The talks are aimed at determining the precise chain of events and, ultimately, the amount of compensation that should be paid by Tehran.

Canada, which lost 55 nationals and 30 permanent residents in the crash, is watching the talks closely.

Ottawa in August said it was demanding answers from Iran after Tehran's "limited" initial report failed to explain why it fired missiles at the plane.