Ukraine, Turkey Together for a More Active Military Role in the Black Sea | Eurasia Diary - ednews.net

Ukraine, Turkey Together for a More Active Military Role in the Black Sea 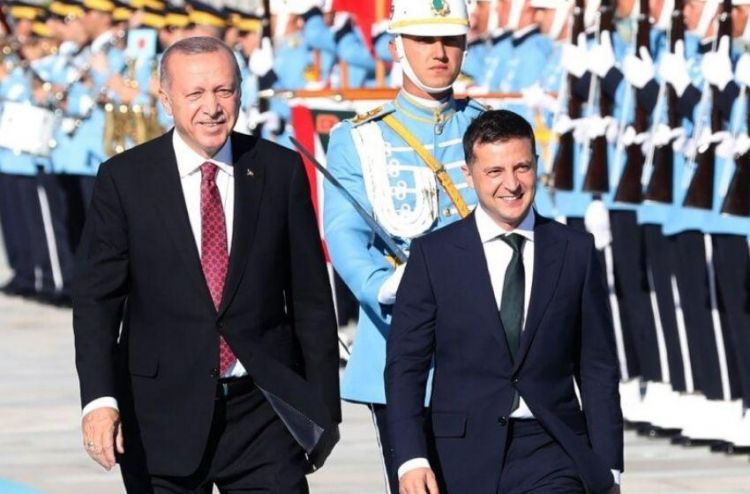 Based on a statement by the Ukrainian government, Zelenskiy will sign a bilateral military cooperation agreement during his visit. This agreement aims to have a big impact on security and peace in the Black Sea region.

In early July, Ukraine’s National Defense Minister Andriy Taran voiced an interest in Turkish-made drones, at a meeting with his Turkish counterpart Hulusi Akar in Kyiv.

Ukraine already purchased the combat drones Bayraktar Tactical Block 2 (TB2) unmanned aerial vehicles (UAVs) from Turkey last year. The agreement signed between the two countries allowed the purchase of a total of 12 UAVs. Along with the combat drones, which have been tested last March, Turkey will also provide 3 ground control station systems and various equipment. The agreement was signed between the Ukrspetsproject Company, which is part of Ukraine’s Ukrboronprom, and Turkish manufacturer Baykar Makina, the Country’s leading drone developer. Today, Ukraine wants to purchase another 50 Bayraktar TB2 combat drones and plans to set up a large-scale assembly line for the unmanned aircraft.

"We have agreed on setting up of a large-scale assembly line for these drones in Ukraine. Currently, we are choosing a place for the production of drones," said Vadym Nozdr, CEO of Ukrainian State-owned Ukrspetsexport.

The official said that, after establishing a drone-production plant, Ukraine will begin exporting these drones to foreign markets (except those where Turkey is selling its production).