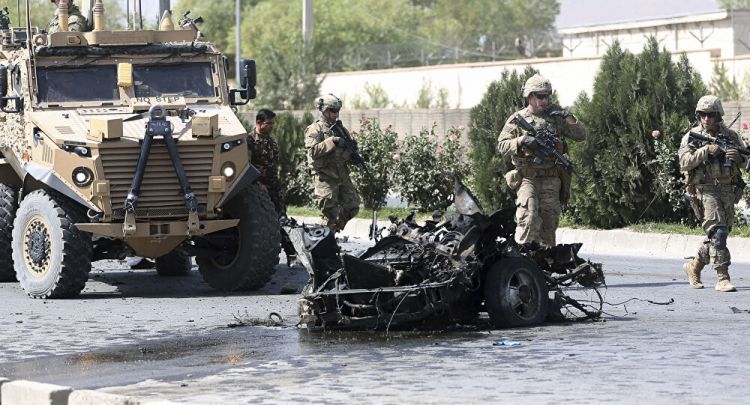 Al-Qaeda leader Abu Muhsin al-Masri, also known as Husam Abd-al-Ra'uf and originally from Egypt, was wanted by the FBI for conspiracy to aid foreign terrorist organisations and for killing US nationals, Sputnik reports.

On Saturday, Afghan security forces claimed to have killed a leading al-Qaeda commander in the Indian sub-continent.

The Afghan National Directorate of Security (NDS) tweeted on Saturday that its troops had killed Egyptian-born Abu Muhsin al-Masri, listed as Husam Abd-al-Ra'uf on the US Federal Bureau of Investigations (FBI) website, during an arrest operation in the Andar district of Ghazni province.

Abu Mohsen Al Misri was killed during a special operation in Ghazni province earlier today,” the NDS confirmed to The National.  “He was caught while we were trying to arresting him.”

The FBI website says al-Masri was "wanted in connection with his membership in Al Qaeda, an organisation known for committing acts of terrorism against the government of the United States” and was "believed to be associated with the countries of Afghanistan, Pakistan and Egypt".

A federal warrant was issued for his arrest in New York in 2018 for conspiracy to aid foreign terrorist organisations and kill US nationals.