"Agdam operation was already part of plan, we would have liberated Agdam, anyway" - Azerbaijani President
Read: 258

Over 15 injured in Baghdad clashes between police, protesters 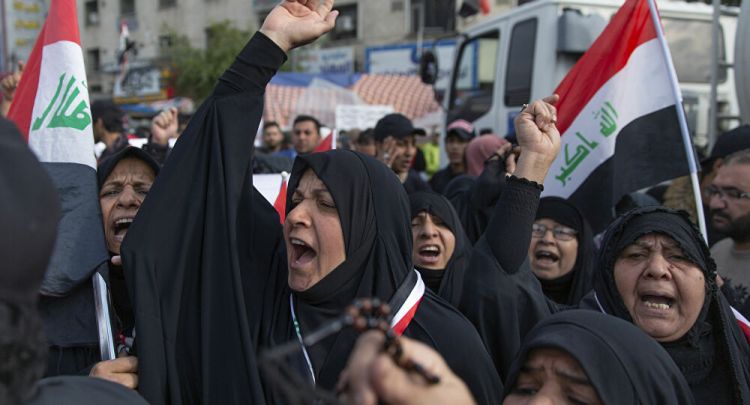 Protesters, urging the authorities to eliminate corruption, rallied at the Allawi and Tahrir squares in the Iraqi capital since Sunday morning.

Multiple pictures and video materials from Baghdad have since emerged online:Iraqi Shia leader Muqtada al-Sadr said that there were provocateurs among the protesters, who wanted a peaceful rally to deteriorate into riots so as to destabilise the situation in Iraq.

Mass protests are also held in the Iraqi cities of Karbala and Najaf.

Iraqi protesters are gathering on the eve of the first anniversary of the October 25th uprising #Baghdad pic.twitter.com/Osx3SAhNfH

The protesters oppose the ruling elite that came to power after Saddam Hussein had been toppled in 2003. The major part of the Iraqi population lives much beyond the poverty line, despite the country being rich with oil. The opposition accuses the Iraqi authorities of corruption and inefficient management.