The death toll from the earthquake in Izmir has reached 25 - 831 wounded | Eurasia Diary - ednews.net

The desecration of Azerbaijani historical buildings and cemeteries is indicative of Armenian hatred - British Journalist
Read: 422

Activities on provision of peacekeeping contingent of Russia are being held - Azerbaijan`s Defense Ministry - PHOTOS
Read: 252

Design work has begun on the construction of another highway in the territories liberated from the occupation
Read: 251

"I am very glad to announce that, Lachin region has been liberated from occupation." - Azerbaijani President
Read: 184 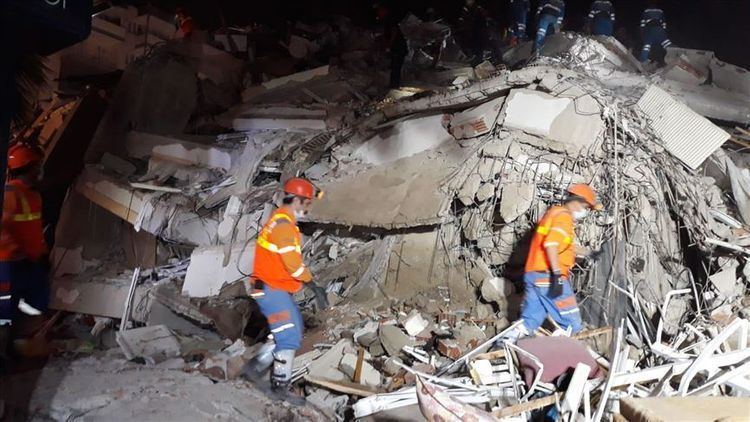 The number of people injured in the earthquake in Izmir has reached 831.
According to Eurasia Diary, the statement came from the Turkish Emergency Management Agency (AFAD).
It was noted that 489 earthquakes have been registered so far.
Turkish Minister of Environment and Urban Development Murat Kurum said that search and rescue operations are underway in eight buildings and 100 people have been rescued from the rubble.