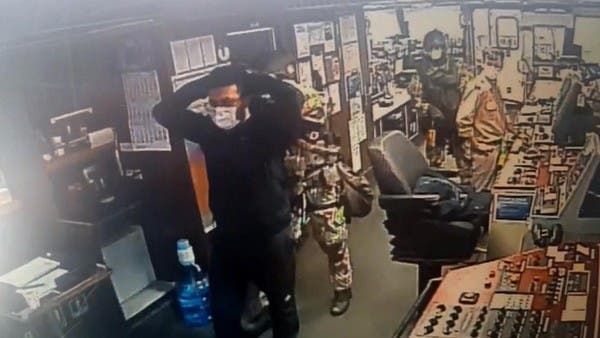 Turkey summoned the envoys to Ankara of the European Union, Italy and Germany on Monday to protest over a German attempt to search a Turkish cargo ship for a suspected arms shipment to Libya, the Ministry of Foreign Affairs said, Arab news reports.

“The German warship “Hamburg”, as part of this operation, hailed and interrogated in detail the Turkish-flagged commercial vessel “M/V Roseline A”, which was transporting paint, paint-related material and humanitarian aid from the Port of Ambarlı to Misrata,” the ministry said in its statement.

“We deeply regret that our vessel, which as became apparent has not violated the arms embargo, was withheld from her route for hours under severe weather conditions and that during the inspection the crew were treated as if they were criminals. We protest this unauthorized and forceful act,” the ministry added.

“Rights to compensation of the relevant natural and legal persons for the damages and losses that may arise from this act naturally remain reserved.”

“It is essential to obtain flag state consent before interfering with commercial ships in international waters. UN Security Council resolutions on the Libyan arms embargo do not overrule this obligation.”

Soldiers from the frigate Hamburg, part of an EU mission enforcing a UN arms embargo, boarded the Roseline A overnight but withdrew after Turkey raised objections with the EU mission, which had ordered the search, the German Defense Ministry said.

Turkey released footage showing armed men in military uniform marshalling sailors with their hands on their heads on the bridge of what it said was the Roseline A, at sea southwest of the Greek Peloponnese peninsula.

The incident comes at a time of friction between Turkey and the European Union. The EU's foreign policy chief has said ties are reaching a "watershed moment" over Turkish oil prospecting in waters claimed by Greece and Cyprus, and that sanctions could be imposed next month.

Germany said that, after four hours had passed with no reply to a request to board, it was standard practice to consider this as implicit permission. "All procedures were followed correctly," a Foreign Ministry spokeswoman said.

The German Defense Ministry said the soldiers had not found anything suspicious by the time they were ordered off the ship.