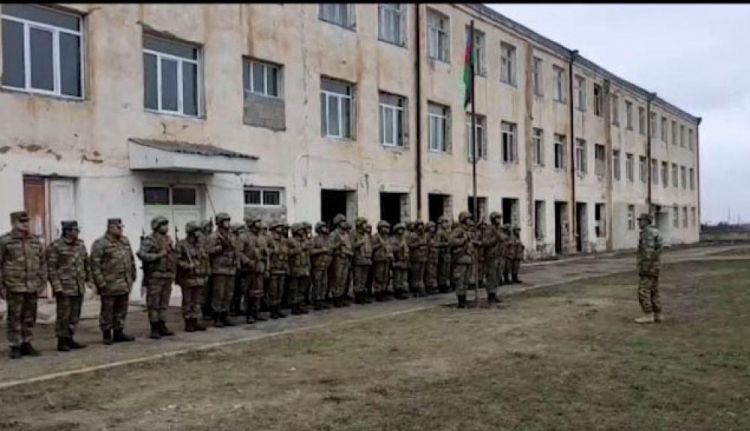 Units of the Azerbaijani army have raised the country's tricolour flag on the territory of a former secondary school located in the village of Gulabli, Aghdam region, Azernews reports.

During its 44-day counter-offensive operations between September 27-November 10, the Azerbaijani army liberated several cities and nearly 300 of its settlements and villages as well as some strategic heights from the occupation of Armenian forces.

Ninety-four Azerbaijani civilians have been killed and hundreds of others have been injured in Armenia's armed attacks.

On November 10, Baku and Yerevan signed a Russia-brokered agreement to end fighting and work towards a comprehensive solution.

Azerbaijani President Ilham Aliyev hailed the agreement as a victory for his country and a defeat for Armenia, saying Baku's military success enabled it to gain an upper hand to end the three-decade occupation of its territory.