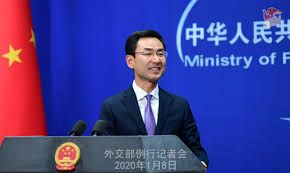 China deeply regrets the United States' insistence on withdrawing from the Treaty on Open Skies regardless of opposition from the international community, a Foreign Ministry spokesperson said on Monday, Chinese news agency reports.

Spokesperson Zhao Lijian made the remarks when asked to comment on the United States' announcement that it would withdraw from the Treaty on Open Skies, a major international arms control agreement.

Zhao said the U.S. decision will damage mutual military trust and transparency between countries in the region, and it will not be conducive to regional security and stability.

He called on the U.S. to carefully accommodate the concerns of relevant parties, including Russia, as well as the international community, and to resolve differences through dialogue.

Wantonly withdrawing from international treaties is not a proper practice for a major country, Zhao said.