Lithuanian journalist who witnessed the bloody tragedy - "All this was a plan aimed at the Armenian occupation"
Read: 917

The bravery of those who sacrificed their lives on 20 January for independence should never be forgotten - British journalist
Read: 481 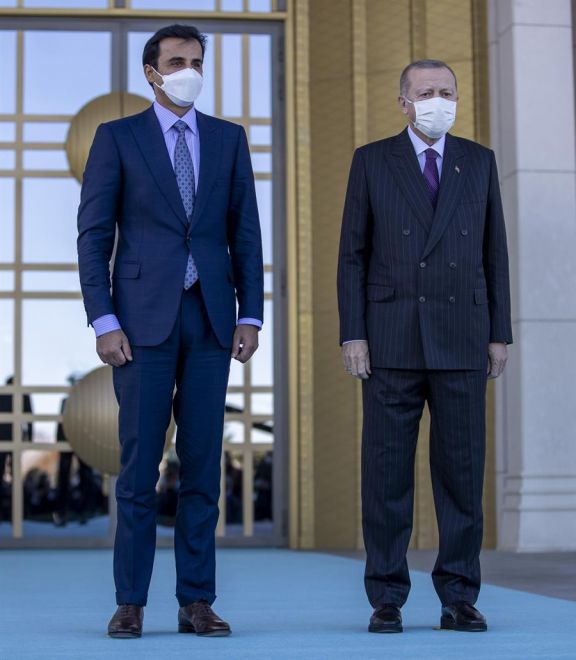 Turkey and Qatar signed 10 new deals on Nov. 26 at a joint meeting held at the presidential palace in Ankaraç Hurriyet Daily reportsş

The 10% sale of shares of Turkey's stock exchange Borsa Istanbul topped the list of agreements made during the day.

Another agreement was inked to transfer shares of Istanbul's Istinye Park, a luxury shopping mall.

A memorandum of understanding (MoU) was signed for joint investment in the Made in Istanbul Golden Horn Project.

The transfer and purchase of shares of the Middle East Antalya Port Operators from Turkey's Global Ports to Qatar's Terminals W.L.L. was also agreed upon.

Another deal was reached on the establishment of a joint trade commission between the two countries.

A statement of intent was signed for an exchange program for diplomats of both countries.

Erdoğan later in the day said that the two leaders had very productive meetings.

"We will continue our solidarity with the brotherly people of Qatar, with whom we have deep-rooted ties of affection, in every field," Erdoğan said on Twitter.

In a tweet, the Qatari emir said he had a "productive meeting" with Erdoğan.

"During the meetings, Turkey and Qatar reaffirmed that the two sides are determined and willing to enhance the strong brotherhood ties and strategic partnership ties in various fields," Qatar’s Shura Council also said in a statement.
In the past, the two countries made a total of 52 agreements and five joint declarations.

With the latest meeting, the total number of agreements has risen to 62.

In previous meetings, the committee reached consensus in many significant issues in the fields of economy, industry, safety, investment, energy, culture, intellectual property, education and youth.

The trade volume between the two countries increased by 6% in 2020 to reach $1.6 billion.