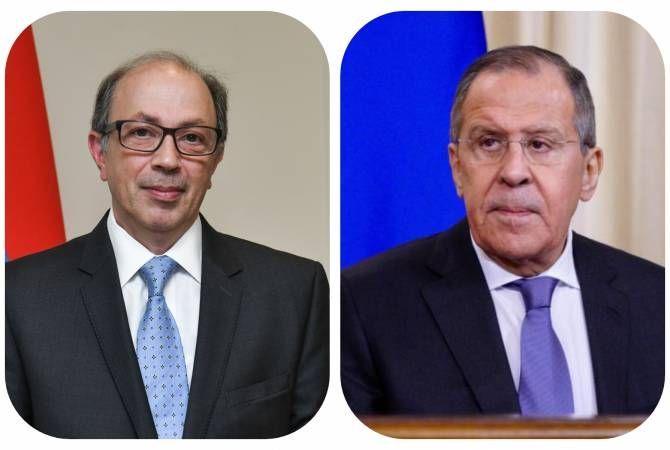 The Russian and Armenian Foreign Ministers, Sergey Lavrov and Ara Ayvazyan, held talks by phone on Saturday focusing on Ayvazyan’s visit to Moscow on December 7 and the implementation of the November 9 statement on Nagorno-Karabakh, Tass News reports.

"The sides discussed the implementation of the statement of the leaders of Russia, Azerbaijan and Armenian as of November 9, 2020 along with the coming working visit to Moscow by the Armenian foreign minister, scheduled for December 7," the Russian Foreign Ministry said in a statement.

Lavrov visited Yerevan with the Russian interdepartmental delegation on November 21. At a meeting with the Russian foreign minister, Ayvazyan accepted the invitation to come to Moscow on a working visit in the near future.

On November 9, Russian President Vladimir Putin, Azerbaijani President Ilham Aliyev and Armenian Prime Minister Nikol Pashinyan signed a joint statement on a complete ceasefire in Nagorno-Karabakh starting from November 10. The Russian leader said the Azerbaijani and Armenian sides would maintain the positions that they had held and Russian peacekeepers would be deployed to the region.