The situation in Nagorno-Karabakh to be one of the main topics of discussion at Lavrov-Zarif meeting - Russian MFA
Read: 281

Normalization of US-Russian Ties in Interests of Both States - Putin
Read: 266

U.S. can contribute to peacebuilding process between Azerbaijan and Armenia - Assistant to Azerbaijani president
Read: 231

“Our proposal to build a school in Shusha was welcomed by the Presidents of Azerbaijan and Turkey” - Devlet Bahceli
Read: 214

Fakhrizadeh’s murder will not prevent Iran from 'Going Nuclear' 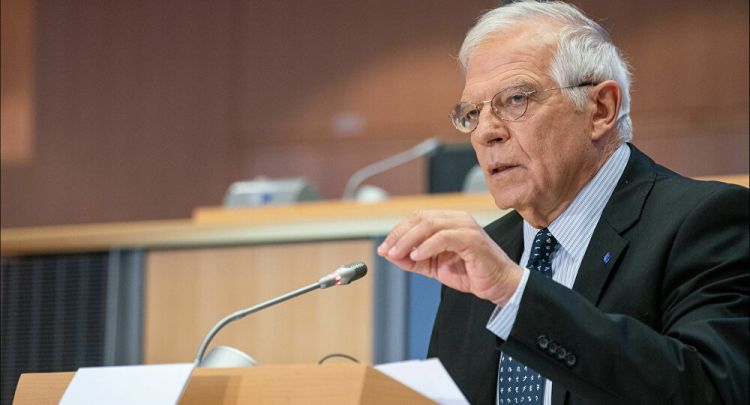 The recent assassination of Iranian physicist Mohsen Fakhrizadeh is a criminal act and will not stop Tehran from "going nuclear," EU High Representative for Foreign Affairs and Security Policy Josep Borrell said on Tuesday, Sputnik reports.

Last week, Fakhrizadeh, the head of the Iranian Defense Ministry's innovation center, was killed in an attack near the northern Iranian town of Absard. Tehran said there were signs of Israel's involvement in the assassination.

"This [killing of Fakhrizadeh] was a criminal act … I am sorry to say but this is not the way you are solving problems. We are not going to prevent Iran going nuclear by killing the experts on nuclear science, and there are people who does not want the JCPOA [Joint Comprehensive Plan of Action] to revive, and we have been working during these years to keep the deal alive in spite of the American withdrawal," Borrell said at an online debate with his predecessors, Federica Mogherini and Javier Solana, dubbed "The EU in a changing world."

Borrell also wished that the European Union would be able to persuade the United States to return to the nuclear deal and Iran to go back to full compliance with nuclear responsibilities as envisioned by the JCPOA. The diplomat added that a date for the next meeting of JCPOA had been already set and it would be held before Christmas.

"And we will do whatever we can in order to make this deal be a security provider for the whole region," Borrell pointed out.

In 2015, Iran signed the JCPOA with China, France, Germany, Russia, the United Kingdom, the United States and the European Union. It required Iran to scale back its nuclear program and severely downgrade its uranium reserves in exchange for sanctions relief. In 2018, US President Donald Trump abandoned the landmark deal and implemented hard-line policies against Tehran. Since Trump's decision to leave the JCPOA, tensions between the US and Iran have escalated, with Iran announcing that it would no longer comply with the 2015 nuclear deal.