The trilateral statement of 11 January is necessary for economic stability and prosperity in the region - Experts
Read: 445

"Pakistan and Turkey's positions in II Karabakh War was extremely important for us" - Jeyhun Bayramov
Read: 230

"It is impossible to imagine Shusha without Jidir Duzu, Azerbaijan without Shusha" - President Aliyev
Read: 154 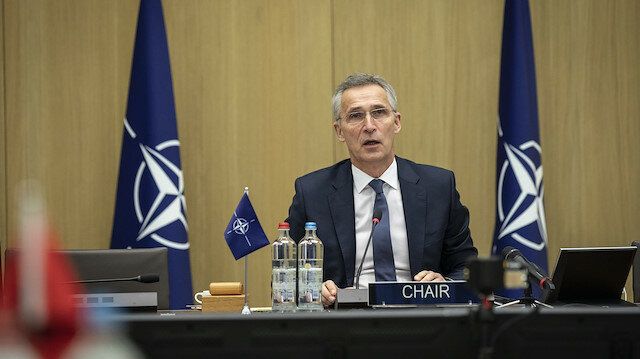 The NATO chief on Wednesday welcomed the breakthrough deal between the Afghan government and the Taliban in the Qatari capital Doha, Yeni Safak reports.

Speaking at a news conference in Brussels after a defense ministers' meeting, Jens Stoltenberg said: "This is one step towards lasting political, peaceful resolution of the war in Afghanistan."

He said that all NATO allies strongly support the peace process, adding that they would like to see more progress on "establishing a political roadmap and a comprehensive cease-fire."

In a breakthrough development, the Afghan government and the Taliban confirmed on Wednesday that they had agreed on the procedure for intra-Afghan talks.

Both sides announced the milestone agreement in simultaneous tweets in the Pashto, Dari, Arabic, and English languages from the venue of the talks in Doha.

The NATO defense ministers also discussed the "increasing military buildup" by Russia and China in the Black Sea region.

He accused China of "increasingly engaging a systematic competition" with NATO as well as undermining human rights.

He said the ministers agreed on a comprehensive report on China, offering 138 recommendations spread over 60 pages.

"It assesses China's military development and its growing activity in our neighborhood," he added.

"We also discussed what NATO can do more with our partners, such as sharing information and insights, promoting common approaches including in cyberspace," Stoltenberg said.

He added that foreign ministers of Georgia and Ukraine also joined the meeting, where they addressed "the security situation in the Black Sea region."

"Russia continues to violate the sovereignty and territorial integrity of Georgia and Ukraine," he stated.

"Both Minsk and Moscow must respect the right of the people of Belarus to determine their own future to an inclusive political dialogue," he said.

"We welcome the cessation of hostilities in Nagorno Karabakh," he added.