The trilateral statement of 11 January is necessary for economic stability and prosperity in the region - Experts
Read: 444

"Pakistan and Turkey's positions in II Karabakh War was extremely important for us" - Jeyhun Bayramov
Read: 229

"It is impossible to imagine Shusha without Jidir Duzu, Azerbaijan without Shusha" - President Aliyev
Read: 151 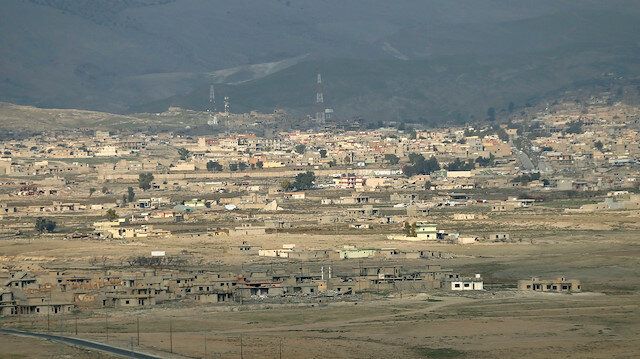 The withdrawal of armed elements affiliated with the PKK terrorist organization from Sinjar district in Iraq’s Nineveh province is only a relocation tactic, the head of the Iraqi Turkmen Front said Thursday, Yeni Safak reports.

Speaking to Anadolu Agency, Arshad al-Salihi said the implementation of the Sinjar deal, which envisages clearing the region of PKK terrorists, is important for the stability of Iraq and its relations with neighboring countries.

He, however, said it is not clear where the terrorist elements will be sent after they are expelled from Sinjar as part of the agreement, which was signed under the auspices of the UN in October between the central government in Baghdad and the Kurdish Regional Government (KRG) on the status of the region.

The steps to be taken under the agreement should be more realistic, Al-Salihi said.

Stressing that the withdrawal signifies only a change of location, he said if the authorities implement a plan to place the terrorists in other parts of Iraq such as Makhmur, Qandil, Kirkuk or Tal Afar, the danger will become even greater.

“One of the biggest reasons for Iraq's bad relations with its neighbors is the presence of the PKK terrorist group in its territories,” he noted.

"According to the agreement, the federal forces are responsible for controlling the land and ensuring security in Sinjar," Tahsin Hafaji, the command’s spokesman, told the National Iraqi News Agency.

Hafaji said they had negotiated with the PKK terrorist group.

"The central government and the Joint Operations Command have made great efforts in consultation with PKK-affiliated groups in preparing the grounds for the implementation of the agreement, pointing out that the Nineveh Operations Command is the one that manages the security file in Sinjar and other areas in the province," he said.

On Tuesday, Iraqi security forces began implementing a deployment plan in the center of Sinjar to enhance stability and security in the area which will enable displaced people to return home.

The PKK terror organization managed to establish a foothold in Sinjar in 2014 under the pretext of protecting the Yazidi community from the Daesh/ISIS terror group.

Some 450,000 Yazidis fled Sinjar after Daesh/ISIS took control of the region.

In its more than 30-year terror campaign against Turkey, the PKK -- listed as a terrorist organization by Turkey, the US and EU -- has been responsible for the deaths of 40,000 people, including women, children and infants.