The trilateral statement of 11 January is necessary for economic stability and prosperity in the region - Experts
Read: 448

"It is impossible to imagine Shusha without Jidir Duzu, Azerbaijan without Shusha" - President Aliyev
Read: 157 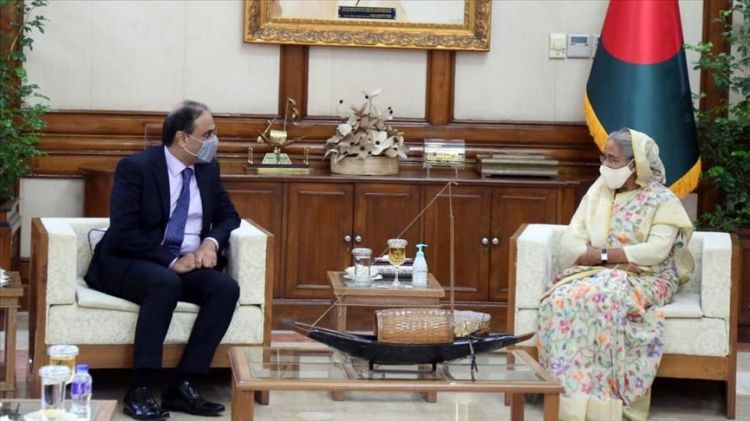 In a rare move, Pakistan's envoy to Bangladesh said on Thursday that the two countries will bolster bilateral ties, Anadolu Agency reports.

The envoy conveyed the message of goodwill and friendship from Pakistani Prime Minister Imran Khan to Hasina which “she reciprocated with her greetings and good wishes for the leadership of Pakistan”.

“Incidents of 1971 cannot be forgotten or forgiven,” she said.

Bangladesh gained independence from Pakistan after a bloody nine-month war in 1971. Relations between the two South Asian states have since been patchy.

Upon the request of strengthening relations by the Pakistani side, Hasina referred to Bangladesh's policy of “friendship to all, malice to none", adding that she believes in "regional cooperation".