US plan to blacklist Yemeni Houthis may cause ‘humanitarian and political repercussions’ | Eurasia Diary - ednews.net 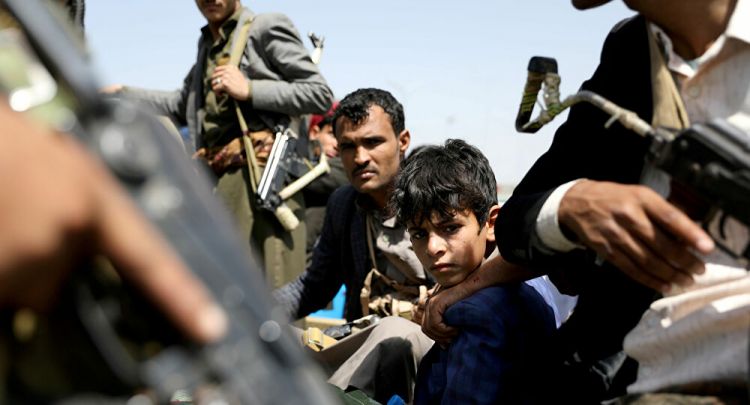 On 10 January, US Secretary of State Mike Pompeo announced that the State Department would add Yemen’s Houthi movement to its list of terrorist organizations, who are claimed to be continuing a long-standing brutal confrontation with the country's government forces led by President Abdrabbuh Mansour Hadi.

According to Sputnik news, United Nations spokesman Stephane Dujarric warned during a 11 January briefing that the US intention to brand Yemen’s Houthi movement as a terrorist organization is “likely to have serious humanitarian and political repercussions.”

He called on the US to “swiftly grant the necessary licenses and exemptions to ensure that principled humanitarian assistance can continue to reach all people [...] without disruption.”

According to the official, the UN is “concerned that the designation may have a detrimental impact on efforts to resume the political process in Yemen, as well as to polarize even more the positions of the parties to the conflict.”

Earlier, a number of US lawmakers opposed the State Department initiative to classify the Houthis as a terror group. The chairman of the US House of Representatives Foreign Affairs Committee, Gregory Meeks, called for “a speedy reversal” of the outgoing US administration’s decision due to it being, as he described it, “short-sighted”.

No solution in Yemen will be sustainable unless the Houthis are involved. By designating the Houthi organization as a foreign terrorist organization, the Trump Administration is only pushing a political solution to the conflict further out of reach,” Meeks said.

According to Meeks, the designation could also complicate international humanitarian and environmental efforts in the war-torn country, including repairs of the FSO Safer tanker, which has been moored off the coast of Yemen since 2015 and is at risk of leaking or exploding.

The leader of the Yemen Houthi movement, Mohammed Ali al-Houthi, said on Monday that the Yemeni people “don’t care about any designation”, as the US administration is a “partner in killing Yemenis and starving them”.

Earlier on Sunday, Pompeo said that the US State Department would notify Congress of its intention to designate the Houthi opposition faction as a terrorist organization and brand three of its leaders - Abdul Malik al-Houthi, Abd al-Khaliq Badr al-Din al-Houthi and Abdullah Yahya al Hakim - as Specially Designated Global Terrorists.