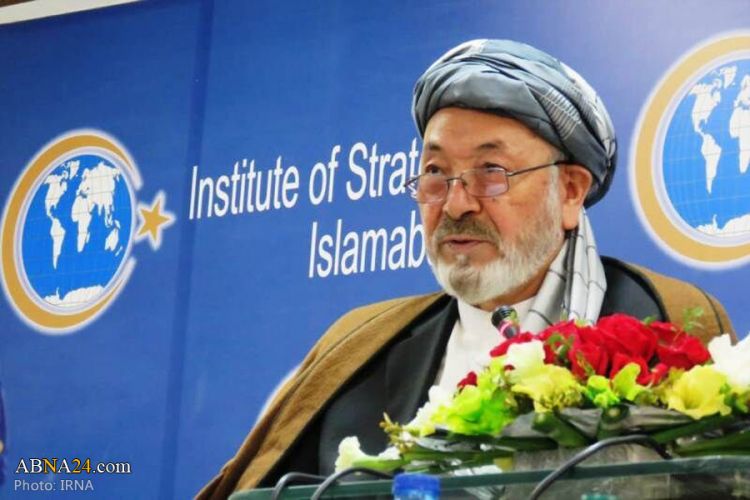 Chairman of Hizb-e-Wahdat-e-Islami of Afghanistan termed the Islamic Republic of Iran as a powerful player in the region and a longtime neighbor of Afghanistan and said we consider Tehran's role in the Afghan peace process important and decisive, AhluNayt News Agency reports.

During his official visit to Pakistan, he attended the public talk organized by the Institute of Strategic Studies Islamabad (ISSI) on Wednesday and delivered a speech on the future of Afghanistan peace process, the second round of the process in Doha, the role of regional countries and the international community helping to end the crisis in Afghanistan.

Talking to IRNA on the sidelines of the event, Karim Khalili stressed the importance of cooperation between Kabul and Tehran to contribute to peace and security in the region.

He said Iran is an important and long-standing neighbor of Afghanistan. “We consider Iran as one of the powerful countries in the region, which plays a pivotal role in maintaining peace in the region as well as contributing to the Afghan peace process,” said the Afghan politician.

He said that Iran's role is very effective in managing regional issues and certainly Afghanistan is a partner in all situations, especially in matters of peace development.

Chairman of Hizb-e-Wahdat-e-Islami said "we hope for the role of the Islamic Republic of Iran in helping peace in Afghanistan".

Speaking at a meeting of the Institute for Strategic Studies in Islamabad, he spoke of the various challenges facing by Afghanistan in peace process and called for the support of regional countries and the international community for the success of peace efforts.

He added that the extremist elements, including the terrorist group ISIS, are trying to create a challenge for Afghanistan and the peace process.

Karim Khalili said the ISIS has no popular and social base in Afghanistan and with the successful conclusion of peace talks between the government and Kabul, the problem of ISIS will also disappear.

During his three-day visit to Pakistan, Chairman of Hizb-e-Wahdat-e-Islami of Afghanistan met with the Prime Minister, Army Chief, Speaker of Parliament and some political and religious figures of the country.