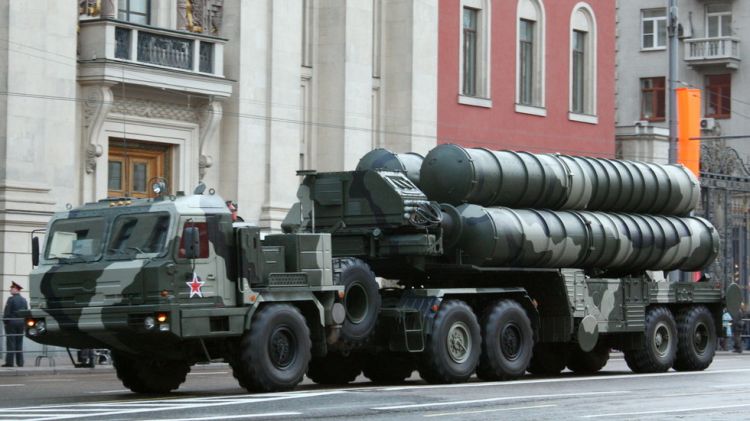 The Ministry of Defense in Belarus announced on Thursday that it is at an advanced stage of negotiations with Russia to obtain one of the world’s most sophisticated anti-aircraft missile systems.
Eursia Diary reports citing RT that Igor Golub, the commander of the country's Air Force, told reporters that “we are continuing pre-contract work to equip our missile units that are currently using the S-300 systems with the new S-400,” its more modern successor. He added that “we have already signed contracts [with Russia] for the supply of Mi-35 multifunctional attack helicopters and the second batch of Su-30SM fighter jets.”
Commenting on recent military exercises by the anti-air battalions on the same day, Minsk said that “securing new and modernized weapons, and special military equipment… in the fight against precision weapons and armed Unmanned Aerial Vehicles is a priority, looking at the experience of modern conflicts in the region.”
Among the list of hardware due to be received by Belarus, the S-400 is likely to cause the most concern in the West. While Minsk set out its intentions to upgrade its systems in August last year, there had only been speculation that the truck-mounted launcher was on its wish list. Described by international analysts as “arguably the best strategic surface-to-air missile systems in operation today,” the Russian-made launcher has been aggressively lobbied against by the US.
The Pentagon has warned that the S-400 poses a new challenge to American-made fighter jets, including the flagship Lockheed Martin F-35 fighter. “You cannot operate an F-35 in the vicinity of an S-400,” General Todd Wolters of the US European Command said, insisting that the launcher would “attempt to exploit the F-35’s capabilities,” While this has been presented as an existential problem, Israeli F-35s have been flown near Russian S-400s deployed in Syria without incident.
In December last year, Washington announced that it would put in place a package of sanctions in response to a deal brokered between Turkish leader Recep Tayyip Erdogan and Russian President Vladimir Putin to supply Ankara with the system. “The US has expressed to the Government of Turkey, at the most senior levels, that the acquisition of Russian military systems such as the S-400 is unacceptable,” State Department spokeswoman Morgan Ortagus said at the time.
Despite being a member of NATO, Turkey’s possession of the primarily defensive launcher was seen as a threat both to American air supremacy and the US arms trade. “We have also repeatedly offered them military equipment to help meet their operational needs in a way that doesn’t trigger sanctions,” Christopher Ford, the US assistant secretary for international security, told reporters. “Unfortunately, Turkey turned down every single one of these efforts over the past several years now.”
Despite the threat of sanctions, more than a dozen countries have expressed interest in the system, including nations that otherwise buy large volumes of hardware from the US, such as Saudi Arabia and Qatar.
Belarus, not originally on the list of those who placed orders for the anti-aircraft weapon, is no stranger to sanctions. Since August, when veteran leader Alexander Lukashenko declared victory in the presidential election, which the opposition and many international observers say was rigged in his favor, the country has faced massive civil protests. Thousands have taken to the streets to call for a new election, and have been met with a harsh crackdown from authorities. As well as the EU, the US has already placed sanctions on officials in Lukashenko’s government they believe were responsible for election fraud or the subsequent violence.