US arrests man with gun, ammo at Capitol checkpoint 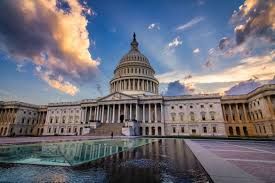 US police arrested one man Saturday at an inauguration checkpoint in Washington, D.C. days before President-elect Joe Biden is set to take office in a ceremony at the Capitol, Eurasia Diary reports.

Police found the man from Virginia with an "unauthorized" inauguration credential, unregistered handguns and more than 500 rounds of ammunition, according to multiple media outlets.

The USA Today newspaper cited a police report that said Wesley Allen Beeler, 31, was nabbed Friday in the vicinity of the northeast of the Capitol building, with two Glock 9 millimeter handguns, 509 rounds of 9 millimeter ammunition, 21 12-gauge shotgun shells and one 17-round Glock 17 magazine in his truck.

The truck was decorated with firearm decals, including ones that read: "Assault Life" and "If they come for your guns, Give 'Em your bullets first," according to the NBC 4 television station.

The news came amid intense security measures beefed up after a Jan. 6 deadly Capitol riot that left several dead.

A mob of President Donald Trump's supporters stormed the legislative building that includes the House of Representatives and Senate offices.

All roads to the Capitol are closed and nearby park restrictions are in effect until Jan. 21, one day after Biden officially becomes the 46th president.