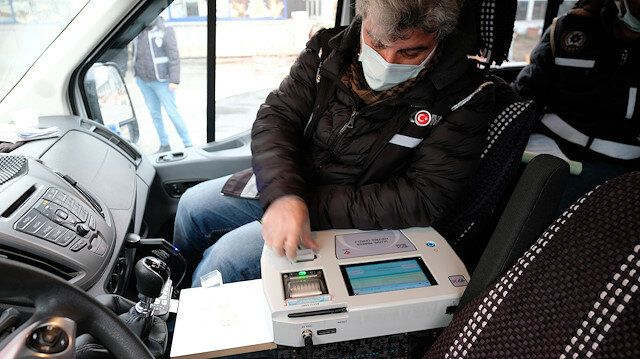 A larger number of suspects who were detained in 50 provinces across Turkey as part of the country’s biggest operation against fuel-related tax invasion were using a program disguised as a game site to delete sales records, security sources said Sunday.
The suspects deleted at least 608 million liters of fuel from the ledgers of gas stations by remote access through the servers of a automation company they hired, involving transactions they had made physically in the past, the sources said on condition of anonymity due to restrictions on speaking to the media.
This amounted to a loss of 3.6 billion Turkish liras ($482 million) worth of fuel costing Turkey 15 billion liras (over US$2 billion) over five years, according to the Financial Crimes Investigation Board.
The smuggled amount deleted from the records was equal to 20,000 fuel tankers, it said.
The amount of fuel involved was enough to fill 250 Olympic pools, it noted, adding some station owners tried to remove the hard drives they erased during a police raid.
In addition, police teams raided four fuel stations and five homes in Turkey’s western Afyonkarahisar province, seizing financial documents, digital materials, computers and mobile phones.
At least three suspects were arrested in the operation at the fuel stations and an arrest warrant was issued for a suspect outside the province.
Footage released Sunday of the operation in eastern Adiyaman province showed suspects disassembling a hard drive minutes before security forces arrived.
Police carried out the operation, dubbed Silici, as part of an investigation launched by the Istanbul Chief Public Prosecutor's Office across 50 provinces, arresting suspects for allegedly incurring financial losses to government bodies via information systems, the Interior Ministry said in a statement.
The searches were conducted with the participation of tax inspectors and revenue specialists at 242 points including 170 fuel stations, 23 fuel distribution companies, one station technical support firm, two automation software firms and an affiliated branch.