daily news
Hubble Captures Stunning View of a Spiral Galaxy
Red hypergiant as bright as 300,000 suns could explain what’s up with Betelgeuse
A planet close to us with a day that lasts forever and an eternal night lit up by exploding volcanoes
US urges Ghani to develop constructive position on peace proposals
Pope Francis tours Iraq's terrorist-ravaged north on day 3 of historic visit
DNR representatives to help create party in Belarus
Iran reveals COVID-19 data for March 7
Former US diplomat says President Aliyev’s remarks on 'Zengezur Corridor' alarms Irevan
﻿

Apophis meteor will gently pass by Earth tonight - experts warn it could collide with our planet in future
Read: 6725

Political expert - Russia's any proposal to the West is hypothetical
Read: 830

Astronomers May Have Found The First Evidence For Tectonic Activity On An Exoplanet
Read: 304 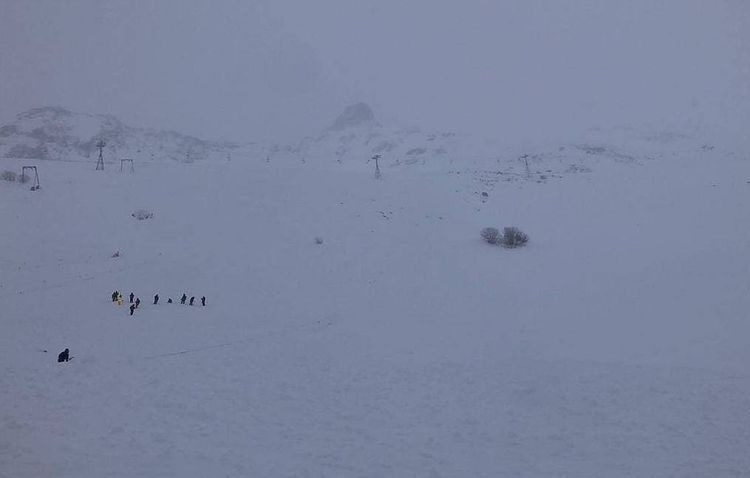 Two people, who went missing after an avalanche cascaded down Mount Mussa-Achitara in the Karachay-Cherkess Republic, in the North Caucasus, have been found alive, the Emergencies Ministry’s regional branch told TASS, Eurasia Diary reports.

"Two people have been found in the village [Dombay], they are alive," a spokesperson said.

Earlier, the Emergencies Ministry’s press service reported that the whereabouts of two people after an avalanche hit the region were unknown. According to the region’s head Rashid Temrezov, this was a couple that lost contact while visiting the resort area.

According to the Emergencies Ministry, an avalanche hit a piste in the settlement of Dombay on Mount Mussa-Achitara on Monday. Two trailers where the ski gear is rented were under the snow, and a cafe was damaged.