Russia is developing a new armor for its armored vehicles
Read: 509

A planet close to us with a day that lasts forever and an eternal night lit up by exploding volcanoes
Read: 478 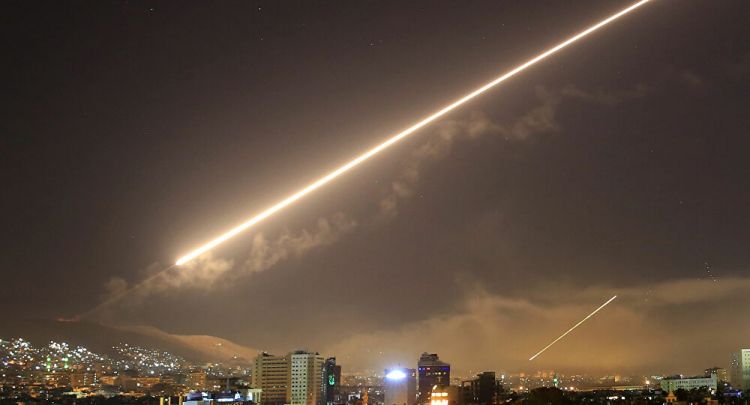 The Syrian government has repeatedly attributed the missile attacks of the Israel Defense Forces, aimed at military targets in Syria reportedly linked with Iran, although Israel usually does not comment on the matter, Sputnik reports.

Earlier media reports said that explosions were heard in the sky over Hama.

Citing sources in the country's defense ministry, Sana reported that most of the incoming targets were intercepted.

"At about four o'clock in the morning today, the Israeli enemy launched an air assault with bursts of rockets from the direction of the Lebanese city of Tripoli, targeting some targets in the vicinity of Hama governorate", the agency reported.

According to social media reports, the assault was directed at Hama from above northern Lebanon. The explosions were reportedly heard in the city of Tartous and over Safita in the north-west part of the country.

The attack reportedly targeted a "research centre" located near the city of Masyaf in Hama's countryside.

A purported photo of a fire resulting from the alleged attack was being shared on social media.

According to information from the United Nations Interim Force in Lebanon, Israel crosses Lebanese airspace on a daily basis in violation of UN resolutions and the region's sovereignty to perform its military operations on Syrian soil.

Israeli officials have argued in response that the overflights are appropriate because Hezbollah has allegedly violated the 2006 United Nations resolution banning it from building up its military capabilities and operating along the Israeli border.