A planet close to us with a day that lasts forever and an eternal night lit up by exploding volcanoes
Read: 484

Turkey will leap forward in 2021 - Erdogan 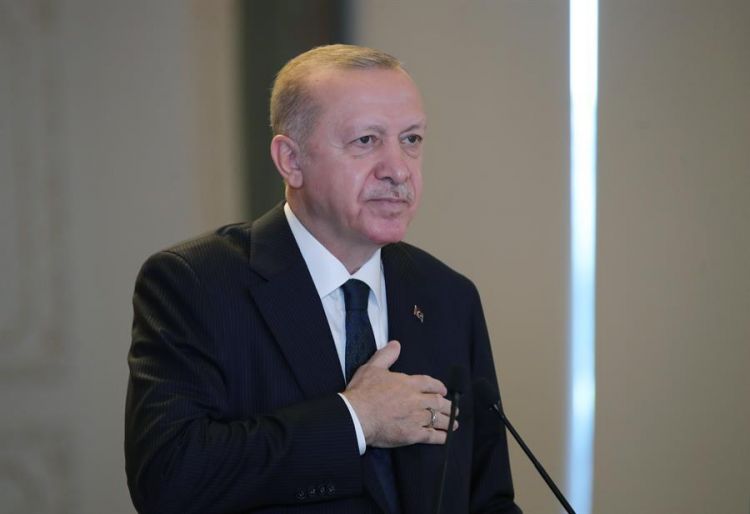 Turkey will show outstanding success in its economy in the year 2021, President Recep Tayyip Erdoğan has said, recalling that the budget performance and public investments in 2020 were pretty well despite the COVID-19 pandemic, Eurasia Diary reports citing Hurriyet Daily.

“God willing, we are aiming to make a big breakthrough in 2021,” Erdoğan said at a virtual meeting with his Justice and Development Party (AKP) provincial heads on Jan. 21.

“We are planning to end this year with positive [economic] growth,” Erdoğan said, noting that the Turkish economy has become much more resilient against crises.

Turkey has come to a level to accomplish all of its objectives, including fundamental infrastructures and defense industry thanks to the strong political architecture they have built in the past 18 years, Erdoğan stated.

Turkey’s economy performed well in 2020 despite the negative impacts of the pandemic, but it will do even better this year, Erdoğan said. “We are not going to stop until we complete the construction of a great and strong Turkey.”

Turkey is under attack because of its growing influence in the region and in the world, Erdoğan stated.

“Those who are trying to derail Turkey, exclude it from the (political) stage and nix its objectives are pulling out their big guns by a last-ditch effort. But, in response to this, we are getting the support and sympathy of our friends in a very strong way.”