A planet close to us with a day that lasts forever and an eternal night lit up by exploding volcanoes
Read: 490 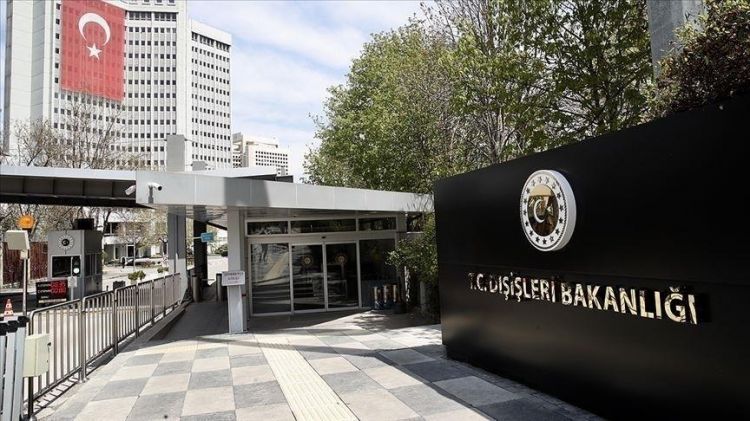 Turkey on Wednesday commemorated the millions of people who lost their lives in the Holocaust on Wednesday.

“On this day, we remember with respect 11 million victims of the Holocaust, including 6 million Jews, the Roma people and the disabled persons, who were systematically and brutally murdered by the Nazi regime and its collaborators," the Turkish Foreign Ministry said in a statement, Eurasia Diary reports citing Anadolu Agency.

"We once again honor the memories of the Turkish diplomats who extended a helping hand to victims fleeing the atrocities," the statement added.

The statement said Turkey has been participating in the activities of the International Holocaust Remembrance Alliance (IHRA) as an observer country since 2008.

IHRA was established with the aim of researching the Holocaust thoroughly, remembering the sufferings of its victims as well as passing this awareness to new generations, it added.

"Despite the unprecedented grim reality of the Holocaust, we observe with concern a global rise in hate speech and crimes as well as the still existing discriminatory ideologies of Antisemitism, racism, xenophobia and Islamophobia," it added.

In line with Turkey's policy of helping out vulnerable communities, the ministry said: "Today, our doors remain open to those fleeing violence and we continue to provide protection to millions of people."

Ankara called upon the international community to prioritize humanitarian principles for the prevention of the recurrence of past tragedies.

Jan. 27 is designated by the UN as the Holocaust Remembrance Day.