Iran not to recognise the group that wants to rule Afghanistan via war | Eurasia Diary - ednews.net

A planet close to us with a day that lasts forever and an eternal night lit up by exploding volcanoes
Read: 497

Red hypergiant as bright as 300,000 suns could explain what’s up with Betelgeuse
Read: 486 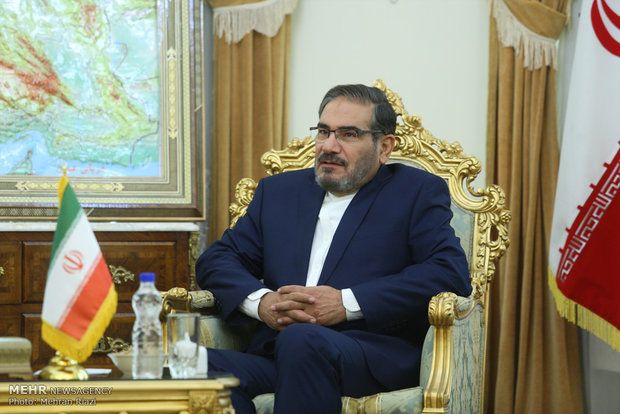 Iran will never recognize the group that wants to rule Afghanistan through war, said the Secretary of Iran’s Supreme National Security Council (SNSC) in his meeting with Taliban delegation in Tehran.

Referring to the history of the US incitement to war in the region, Shamkhani said, "The United States does not seek peace and security in Afghanistan. The US strategy is the continuation of war and bloodshed between the various factions of Afghanistan."

"The United States is pursuing peace talks with the aim of creating a stalemate in the negotiations between the various Afghan parties to blame them for insecurity and instability," he added.

Stating that Iran will never recognize the group that wants to rule Afghanistan through war, Shamkhani stressed the need for the participation of all ethnic groups in determining the fate of Afghanistan in a completely peaceful process.

Shamkhani called the security of Afghanistan, especially in the provinces bordering Iran, an important issue, stressing the Taliban's cooperation with the Afghan government in combating any insecurity and countering ISIL moves.

Mullah Abdul Ghani Baradar, for his part, presented a report on the peace process in Afghanistan.

Referring to Trump's actions in not implementing the peace agreement, he said, "We do not trust the United States and we are fighting any group that is the mercenary of the US."

"We believe that all tribes and clans must participate and play a role in the future of Afghanistan," he added.

Mullah Abdul Ghani Baradar emphasized the security of the Afghan-Iranian border and announced the Taliban's readiness to cooperate in this regard.

The delegation of the Taliban group arrived in Tehran early Tuesday to hold talks with Iranian officials on the Afghan peace process.

The Taliban delegation is scheduled to meet with senior Foreign Ministry officials and Iran’s special envoy for Afghanistan to talk about the lasted developments regarding the Afghan peace process and the related issues.