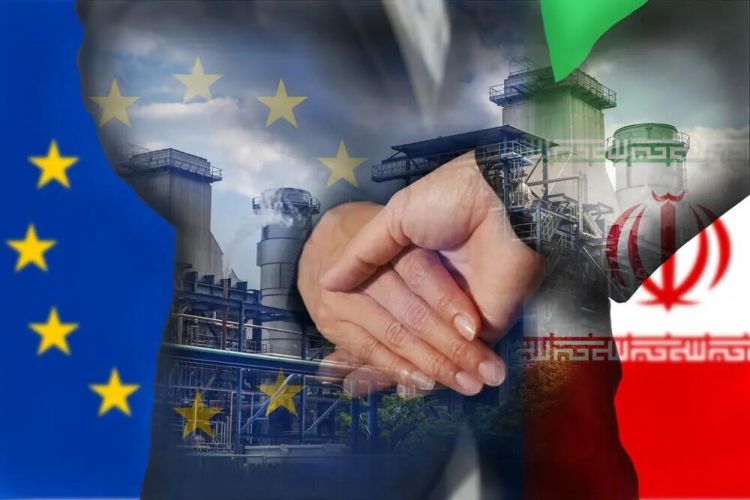 Parallel with increased diplomatic moves to revive nuclear deal with Iran and possibility of termination of US unilateral sanctions many major European companies had a meeting with Iranian economic activists to survey ways for their return to Iranian market.

According to the IRNA correspondent in London, in the virtual meeting co-sponsored jointly by the British Iranian Chamber of Commerce (BICC) and the Embassy of the Islamic Republic of Iran in London, some 148 representatives of major European companies in health, oil and gas, renewable energies, financial institutes, and even small and medium size companies were present to survey ways and strategies for restarting trade and business with Iran.

British prime minister’s special envoy to BICC, Lord Norman Lamont who is meanwhile the BICC chairman briefed the IRNA correspondent on the outcome the virtual event, arguing that a “conservative optimism” on reopening of trade and business with Iran is taking shape among the European companies, which depends on the future of political developments related to the Joint Comprehensive Plan of Action (JCPOA).

He said that trade with Iran is legally approved for the Europeans, but there are three obstacles, namely the banking transactions, the US sanctions and thirdly, their psychological effects, that are the main obstacles in the way of development of the EU-Iran economic cooperation.

Lamont said that the signals transmitted by the White House on termination of sanctions and the US return to the JCPOA have played a significant role in increasing the number of participants in our today virtual meeting.

He also referred to the drastically decreased number of BICC members during the past two years due to the antagonistic Trump administration policies, adding, “In today’s meeting many of the participants were not BICC members, but eager in reopening of bilateral economic ties.”

The member of House of Lords meanwhile noted that the BICC-IRI Embassy meeting that is held after a long delay is a noteworthy and significant achievement, and worth contemplation.

The British politician and former Chancellor of the Exchequer was asked if he has received signals on the future perspective of the British government’s trade ties with Iran.

He refrained from answering that question, but said that the British government wishes the JCPOA to get back on rail after the United States’ rejoining to it. “London also wishes that Iran-US negotiations will take place, and lead to acceptable results,” he added.

“As I said earlier, trade with Iran is legally approved for the Europeans, but the EU companies’ behavior is under the influence of the US sanctions.
He, meanwhile, expressed concern that the Trump administration’s exit from the JCPOA might be repeated after Biden’s tenure at the While House, which adds to the conservative approach of the Europeans about the outcome of the current developments.

Sum-up of past weeks’ developments from the four-sided Paris conference to the UNSC in New York and the Munich Conference reveal the EU-US joint efforts aimed at sending “quite a weak message” to Tehran that the JCPOA’s pulse still beats on the other side of the Atlantic Ocean.

They are well aware of Iran’s strong will for every side’s full pledge to their JCPOA commitments.

Proof for Iran’s own commitment to the JCPOA is the IAEA’s 14 reports on Iran’s full compliance of its JCPOA commitments before the US unilateral exit from it.

It can therefore be logically concluded that the US hesitation in termination of its illegally imposed sanctions and return to the JCPOA is the new US hostage-taking aimed at signing a much broader agreement with Iran, inclusive of the vitally needed Iranian missiles’ issue and the regional security issues, so that Washington will be well capable of answering opponents inside America and meanwhile silencing America’s regional allies.