daily news
Turkish President to visit Georgia
Iran, ICC discuss Afghanistan, Palestine
Russia expels five Polish diplomats in retaliatory move
Yerevan does not control its security forces - Russian expert
Myanmar predicament to be discussed by the ASEAN leaders
Russia has decided to take a second decision from going into war with Ukraine
Ukraine invites Israel to mediate negotiations with Russia
We would like to hope the US Administration will not make historical mistake - Hikmet Hajiyev
﻿ 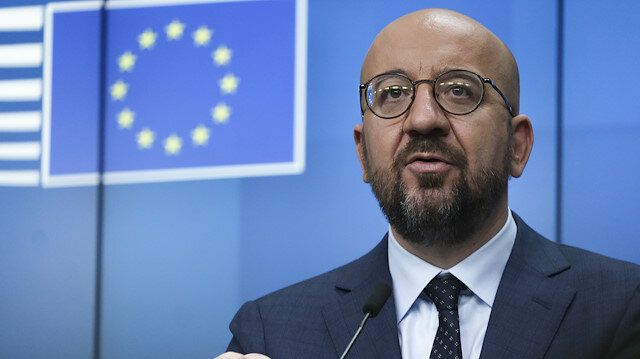 The EU is committed to playing a positive role in settling the Cyprus dispute, a top EU official said Friday.
The European Union “will be very committed” to backing UN-led talks on Cyprus as an observer, European Council President Charles Michel told reporters after EU leaders met for a videoconference.
“We think indeed that we can play a positive or fruitful role in order to support all the positive efforts in order to have more progress in the region,” said Michel.
He said the bloc wanted “more stability and more predictability in this important region for us.”
UN Secretary-General Antonio Guterres announced Wednesday he would convene an informal meeting on Cyprus in April involving two parties on the island and three guarantor countries of Turkey, Greece and the UK.
The island of Cyprus has been divided since 1964, when ethnic attacks forced Turkish Cypriots to withdraw into enclaves for their safety.
In 1974, a Greek Cypriot coup aiming at Greece’s annexation led to Turkey’s military intervention as a guarantor power to protect Turkish Cypriots from persecution and violence.
The Turkish Republic of Northern Cyprus (TRNC) was founded in 1983.
The Cyprus issue remains unresolved despite a series of efforts in recent years, including a failed 2017 UN initiative with the participation of the guarantor countries.