New nuclear threat in the S Caucasus - Why IAEA and some countries turn blind eye to Armenia's harmful activities?
Read: 252

Sign for the future - Public figures invited everyone to join the petition
Read: 172 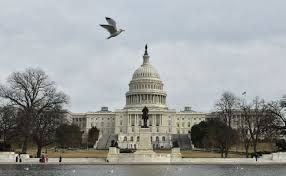 The Democrats-held House approved U.S. President Joe Biden's 1.9-trillion-U.S.-dollar COVID-19 relief package early Saturday morning amid Republican opposition, sending the bill to the Senate.
The measure, which is a major legislation for Biden, cleared the lower chamber of Congress by a vote of 219 to 212, with Democrats and Republicans largely voting along party lines. Two Democrats voted against it.
The House vote came after more than eight hours of debate by the House Rules Committee on the framework for the relief package, and a full House debate that started late Friday night and stretched into early Saturday morning.
In the House debate that lasted for over an hour, Republican lawmakers unanimously opposed the giant relief package, calling it a Democratic wish list and arguing that the plan includes provisions unrelated to the crisis.
They warned that the high price tag could result in unsustainable debt for future generations.
Democrats, meanwhile, voiced strong support for the measure, highlighting the urgency to rein in the surging pandemic, which has claimed 500,000 American lives, and to bolster the ravaged economy, with millions of Americans still out of work and businesses suffering due to the economic fallout from COVID-19.