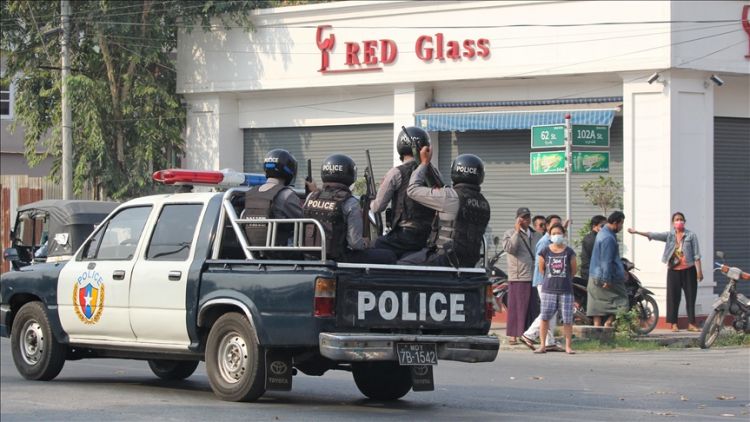 Thirty people have been killed and more than 1,200 have been detained by the police and security forces since the military coup in Myanmar, according to a human rights organization, Eurasia Diary reports citing Anadolu Agency.

The Myanmar-based human rights group, the Assistance Association for Political Prisoners (AAPP), revealed on Monday that the police and security forces had taken 1,213 people into custody, charged, or convicted in connection with the Feb. 1 military coup.

The AAPP reported that a total of 913 people are either being detained or charged, including four of whom have been convicted by the court.

"In addition, at least 30 people have been killed due to the violent and arbitrary crackdowns since the military coup against Aung San Suu Kyi's government last month," said the NGO in a statement.

"We pay respect to the heroes who sacrificed their lives and freedoms to fight for democracy and human rights," they added.

According to the AAPP, protesters and journalists in Yangon were met with rubber bullets and tear gas during the anti-coup protest on Monday.

At the same time, about 100 people were arrested across the country.
Security forces blocked the main roads of Anawrahtra and Bogyoke Aung San in downtown Yangon.

The NGO alleged that the security forces raided the homes in Myeik, violently assaulted the residents, and robbed them of their money.