Risk of spreading bird flu in Azerbaijan has increased - FSA 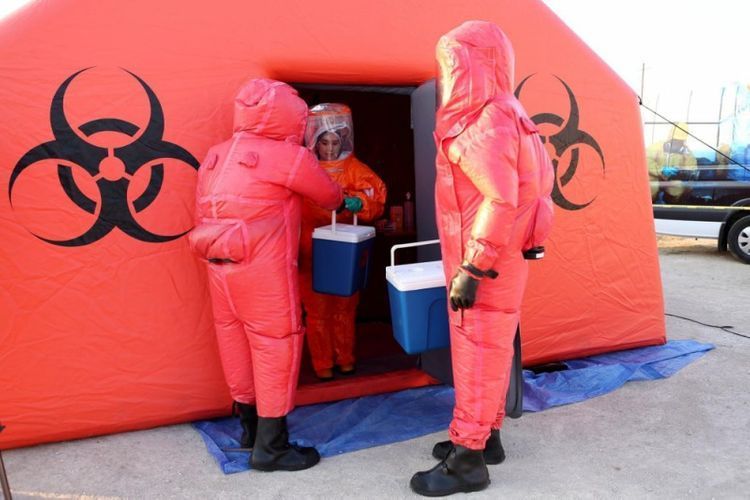 According to the information of World Organization for Animal Health, from January of the last year, highly pathogenic "bird flu" and other zoonotic diseases have been recorded in the wild nature and among farm birds, Azerbaijan’s Food Safety Agency told, Eurasia Diary reports citing APA.

In order to protect the territory of the republic from infectious animal diseases, Food Safety Agency carried out necessary measures, at the same time appealed to the citizens to be careful, to inform 1003 call center of the Agency when they see dead or suspicious bird carcasses.

According to the information given by the Food Safety Agency, in this regard, citizens have been active in this area, and the Agency has received appeals on the death of wild and field birds (crows, pigeons, sparrows, etc.) in various regions, including Baku.

Immediately after receiving the appeal, the employees of FSA and other relevant agencies inspected the areas.
Samples taken from bird carcasses were examined in the relevant laboratories of FSI and it was determined that the deaths of birds were caused by various reasons (severe cold, physiological death, mixed infections, etc.). Taking into account the mixed causes of death among field and wild birds, as well as the current spreading of bird flu in 48 countries around the world, FSA once again urges the population to be attentive, to stay away from the carcasses of birds that are showing signs of diseases, and to immediately call the Agency's Call Center 1003 to report suspicious cases.
It was noted that the migration routes of migratory birds through the territory of our republic, as well as the presence of permanent and temporary habitats of these birds in the country, have increased the risk of the spread of "bird flu" in Azerbaijan.