US joins EU sanctions on Russia in show of unity | Eurasia Diary - ednews.net

US joins EU sanctions on Russia in show of unity 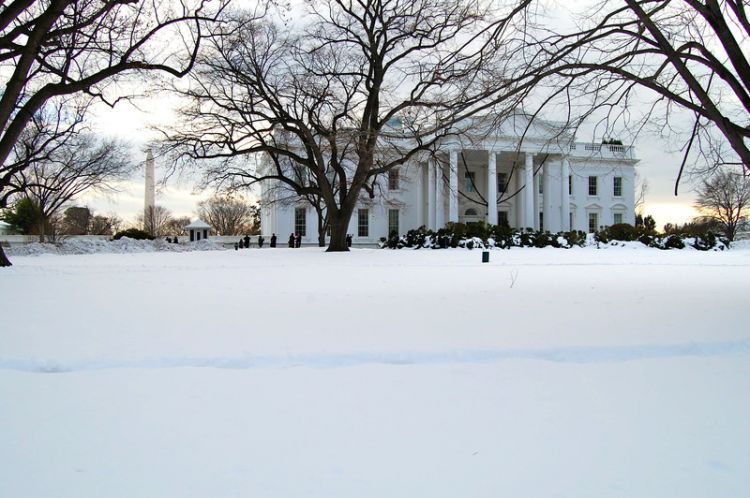 America has sanctioned Russia for the attempted murder and jailing of opposition figure Alexei Navalny, in a show of return to transatlantic unity.
The US named seven senior Russian officials and 14 entities on Tuesday (2 March), over Navalny's recent poisoning with a chemical weapon and subsequent jailing.
It also designated a further two individuals and 11 entities over Russia's chemical weapons programme more broadly speaking and banned exports of items that could be used to make prohibited agents.
"We share the EU's concerns regarding Russia's deepening authoritarianism and welcome the EU's determination to impose sanctions on Russia under its new global human rights authorities," secretary of state Anthony Blinken said.
"We join the EU in condemning Alexei Navalny's poisoning as well as his arrest and imprisonment by the Russian government," US treasury secretary added.
Russia's behaviour had violated "all norms of civilised conduct," White House spokeswoman Jen Psaki also said.
The Russian officials to face visa bans and asset freezes are: Russian intelligence chief Alexander Bortnikov; senior Kremlin aides Andrei Yarin and Sergei Kiriyenko; deputy defence ministers Aleksei Krivoruchko and Pavel Popov; prisons chief Alexander Kalashnikov and prosecutor general Igor Krasnov.
It did not name the 14 companies, but said they were "located in Russia, Germany, and Switzerland".
The additional listings, over Russia's chemical weapons programme, included the 'FSB' and 'GRU' military intelligence services, several state scientific bodies, and two GRU officers.
"Any foreign person who knowingly facilitates a significant transaction or transactions for or on behalf of one of these persons [also] risks being sanctioned," the US said, in a warning to Russia's facilitators in the West.
The US action comes after the EU already listed the seven Russian officials over the Navalny case.
The EU designated some of them last October, when Navalny was poisoned, and formally agreed to add the rest also on Tuesday.
The US, one day earlier, also announced $125m (€104m) in military aid to Ukraine, which has been fighting Russian aggression for the past six years.
The aid included two small gunboats, as well as counter-artillery radars, to help Ukraine patrol its territorial waters and to more accurately fire back against Russian cannons.
The moves by the new administration of Joe Biden stand in contrast to former US president Donald Trump.
Trump cozied up to Russian president Vladimir Putin, did nothing on Navalny, and threatened to pull aid to Ukraine if it did not help him cheat in elections by fabricating dirt on Biden's son.
But the US and EU still have important differences on Russia policy.
The US wants Germany to stop building a gas pipeline with Russia, called Nord Stream 2, which, it says, will harm Western allies such as Poland and Ukraine, by enabling the Kremlin to cut off their gas in future.
And US commentators said the inclusion of three Germany-based entities in Tuesday's sanctions list should be seen as a warning to Berlin on getting too close to Moscow.
The German listings were "a pebble-like diplomatic warning shot across German Chancellor Angela Merkel's bow", the Washington Examiner newspaper's editor, Hugo Gurdon, said in a column.
For its part, the UK, an important financial centre for Russian business, has also joined the US and EU measures, despite Brexit.
Meanwhile, Russia denies poisoning Navalny, which it blames on a Western false-flag operation.
"This [Western sanctions] gives no credit to anyone who makes such decisions. And we will definitely respond," Russian foreign minister Sergei Lavrov told press in Moscow on Tuesday.
The US did not sanction Putin himself "to be able to maintain a relationship moving forward," the White House's Psaki noted.
"They [Biden's administration] did as much as they could quickly," Dan Fried, a former US diplomat, who is now with the Atlantic Council think-tank in Washington, told the Reuters news agency.
"I give them high marks," he said.