An SUV packed with 25 people met with an accident with 13 dead and bodies strewn across a roadway near the US-Mexico border. Authorities are investigating whether human smuggling was involved. 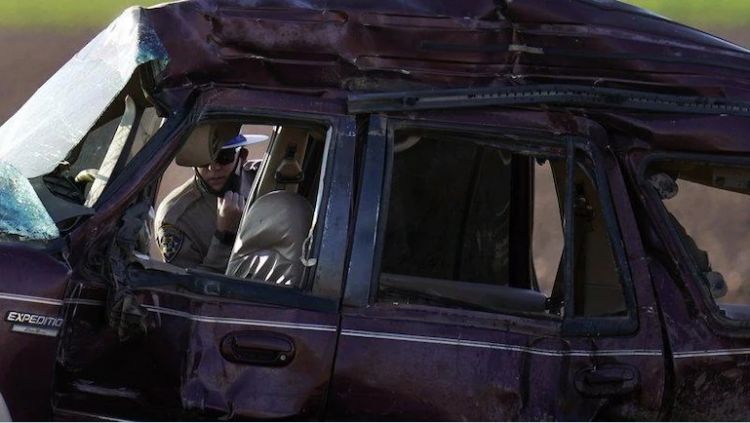 Authorities are investigating whether human smuggling was involved after a crash on Tuesday involving an SUV packed with 25 people and a tractor-trailer that left 13 people dead and bodies strewn across a roadway near the US-Mexico border.
Most of the dead were Mexicans, a Mexican official said.
When police arrived, some of the passengers were trying to crawl out of the crumpled 1997 Ford Expedition while others were wandering around the fields. The rig's front end was pushed into the SUV's left side and two empty trailers were jackknifed behind it.
Twelve people were found dead when first responders reached the two-lane highway, which winds through fields in the agricultural southeastern corner of California about 201 kilometres east of San Diego. Another person died at a hospital, California Highway Patrol Chief Omar Watson said.
“It was a pretty chaotic scene,” said Watson, who also described it as “a very sad situation.” Roberto Velasco, director of North American affairs for Mexico's Foreign Relations Department, confirmed Tuesday on his Twitter account that at least 10 of those killed have been identified as Mexicans. No identities have been released.
The cause of the collision was unclear, authorities said, and it also was not immediately known why so many people were crammed into a vehicle built to hold eight people safely.
Watson said the SUV only had front seats — the middle and back seats had been removed. That would allow more people to fit into the vehicle but makes it even more unsafe.
It wasn't immediately clear whether the SUV was carrying migrants who had crossed the border, ferrying farmworkers to fields, or was being used for some other purpose.