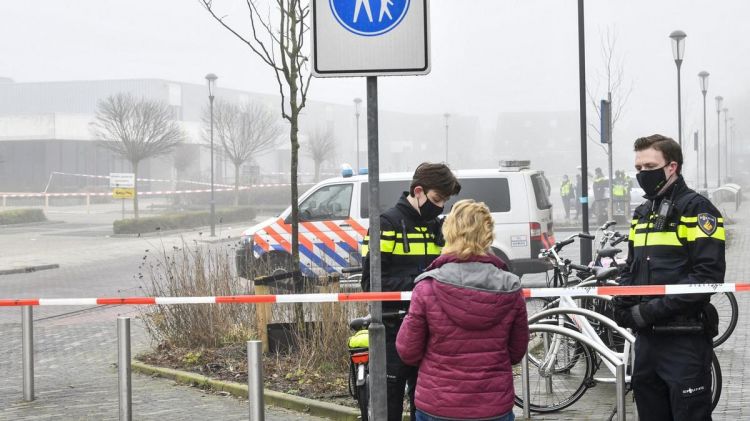 An explosion hit a coronavirus testing centre in a town north of Amsterdam shortly before it was to open on Wednesday.
The blast in the town of Bovenkarspel, 55 kilometres north of the capital, shattered windows but caused no injuries.
Officers cordoned off the area while they investigate what appears to be a deliberate explosion.
Police spokesman Menno Hartenberg said that the explosive "must have been placed" there, adding that "something metal" had caused the blast.
"We don't know yet exactly what exploded, the explosives experts must first investigate," he said.
"What we're saying is that something like that doesn't just happen by accident, it has to be laid."
A bomb squad was sent to determine whether any explosive material remained at the scene, Dutch TV network NOS reported
In January, a Covid testing centre was set on fire in the Dutch village of Urk as protests broke out over the start of an overnight curfew in the Netherlands introduced to rein in the virus.
The Netherlands suffered several nights of rioting, the most violent the country has experienced in decades.
The Dutch government introduced a 9pm-4.30am curfew, and limited the number of guests people can have in their homes to one a day.