Fugitives nabbed in Black Sea province of Samsun, while a member of terror group remanded in northwestern Edirne province 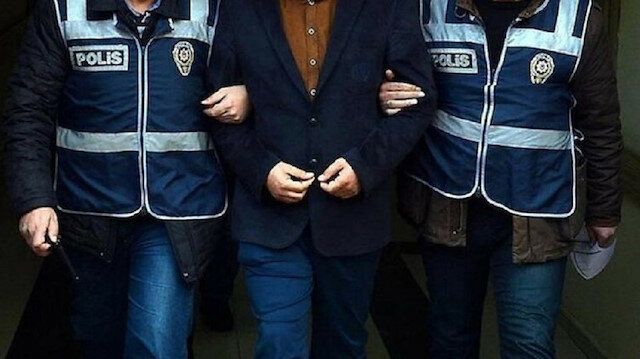 Three fugitive members of the Fetullah Terrorist Organization (FETÖ) were arrested and a member of the terror group was remanded in custody in Turkey, security sources said on Wednesday.
Anti-terror police teams caught three former police officers, who had been given prison sentences, hiding in addresses in the Atakum district of Samsun province on the Black Sea coast, said a security source who asked not to be named due to restrictions on speaking to the media.
The fugitives, former security director R.U., former police chief S.Y. and former police officer R.D., who were sentenced to six years and 10 months in prison each for being a member of FETÖ, were nabbed in the operation, the source added.
Separately in the northwestern Edirne province, a pilot lieutenant S.A. -- who was arrested in the southwestern Aydin province for being a FETÖ member and brought to Edirne -- was remanded in custody, said a security source on condition of anonymity due to restrictions on speaking to the media.
FETÖ and its US-based leader Fetullah Gulen orchestrated the defeated coup of July 15, 2016, in which 251 people were martyred and 2,734 injured.
Ankara accuses FETÖ of being behind a long-running campaign to overthrow the state through the infiltration of Turkish institutions, particularly the military, police, and judiciary.