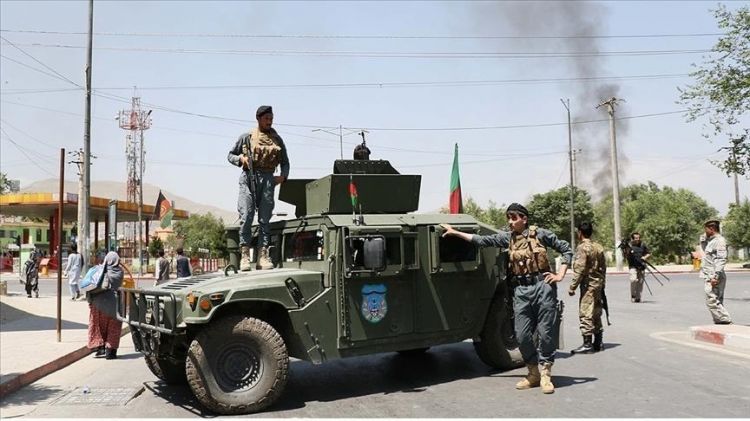 Afghan security forces freed over 30 prisoners from Taliban captivity in the western Herat province bordering Iran, authorities said on Wednesday.
"11 army soldiers, seven policemen, three Afghan Air Force personnel, seven civilian workers of development project, seven government employees, and a member of the public uprising force are released from prison," the Defense Ministry said.
It also shared pictures of the prisoners who were said to have been held in an improvised Taliban prison in the Adraskan district of Herat.
At least six Taliban insurgents were killed in the Tuesday night operation, it added.
In recent weeks, the Afghan security forces have broken into a number of such Taliban facilities in Logar, Helmand, and Baghlan provinces, releasing dozens of captives.
In a separate development, Faiz Mohammad Faiz, a pro-government religious figure, was gunned down in the capital Kabul on Wednesday amid the ongoing target assassination spree.
Kabul police spokesman Firdaus Faramarz told Anadolu Agency that the incident took place early in the morning. He said the assassin fled the scene, and investigations were launched into the incident.
Faiz was associated with Jamiat-e-Eslah (Society for Reforms), a local civil society group engaged in Islamic teaching and mobilization. Its central council head Mohammad Atif was killed last month in a bomb blast in Kabul.
No one claimed responsibility for the killing of Atif, but the government pointed the finger at the Taliban. However, the Taliban, denouncing his killing, blamed "circles within the government" for sabotaging the peace process with such assaults.