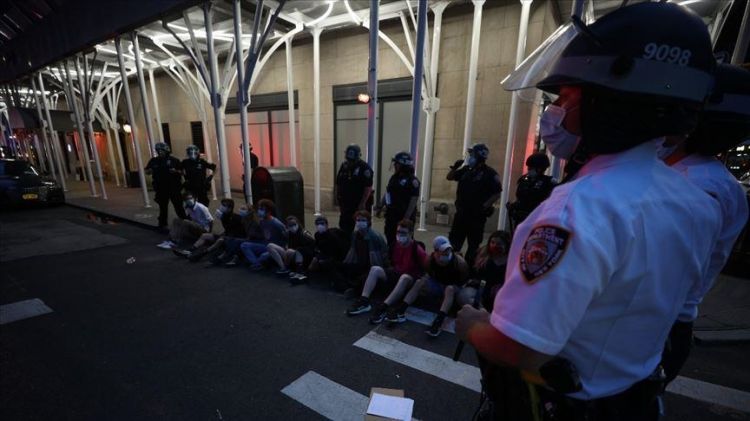 US House of Representatives on Wednesday passed an ambitious police reform legislation that would ban and introduce some new measures for the law enforcement, Eurasia Diary reports citing Anadolu Agency.

George Floyd Justice in Policing Act, passed with a 220-212 vote, is named after the 46-year-old Black man who was killed last year in Minneapolis under the knee of a white police officer.

"Never again should an unarmed individual be murdered or brutalized by someone who is supposed to serve and protect them," Rep. Karen Bass, a Democrat from California, said in a statement.

"Never again should the world be subject to witnessing what we saw happen to George Floyd in the streets in Minnesota," she added.

Democratic Rep. Ilhan Omar from Minnesota, one of the first two Muslim women to serve in Congress, said Minneapolis is still traumatized by Floyd's death.

"Time and time again we have witnessed the people who are sworn to protect our communities abuse their power," she said during debate before the vote.

A similar version of the bill passed the House last year, but failed to find support in the Republican-controlled Senate.

The recent legislation may also face similar fate as Republicans claim the measures could prevent police from doing their jobs effectively.