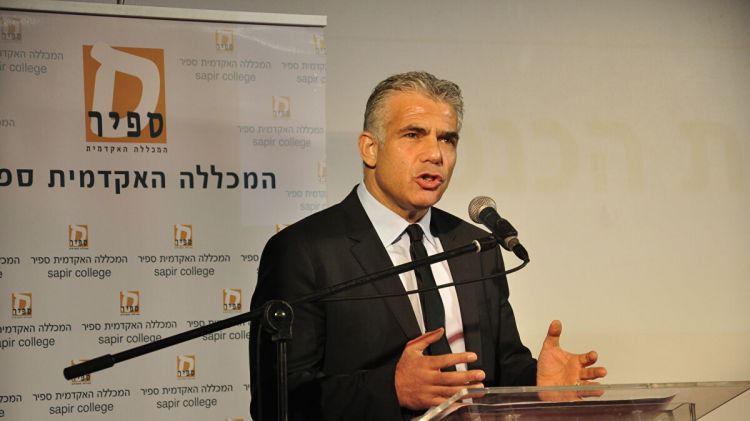 "I will not be forming a coalition with Netanyahu, I have already said this. I could be sitting here as a minister of foreign affairs now or a deputy prime minister with a dazzling entourage," Lapid said, going on to describe Netanyahu as a "prime minister with three grave indictions."

The Yesh Atid leader plans to run against Netanyahu in the upcoming election. Pointing out that his party is Israel's second-largest, Lapid argued that he had better odds than Netanyahu to form a coalition government at the moment.

"I can unite everyone around me — [Yisrael Beiteinu party leader] Avigdor Lieberman, [New Hope party leader] Gideon Sa'ar, [Yamina party leader] Naftali Bennett, the Israeli Labor Party and the Meretz party. All of them can potentially be our partners. All of them, even Likud without Netanyahu," Lapid said.

The 24th Knesset convocation had to call a snap vote due to the failure of Netanyahu's government to pass the 2020 budget as scheduled.

Likud's current coalition partner is the Blue and White alliance of ex-army chief of general staff Benny Gantz, who was supposed to replace Netanyahu in the prime minister's chair in a rotation order. The Yesh Atid party used to be a member of the Blue and White alliance during the 23d convocation but dissented into the opposition after Gantz agreed to a coalition deal with Netanyahu.

Israel will hold a snap election to its legislature, the Knesset, on 23 March.