Moscow calls for a meeting on US return to JCPOA | Eurasia Diary - ednews.net

Moscow calls for a meeting on US return to JCPOA 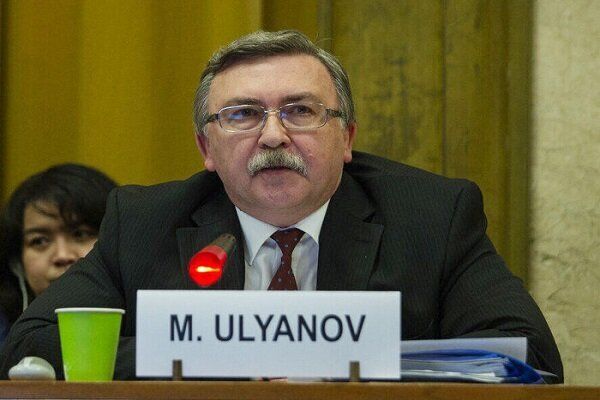 Russia's Permanent Representative to International Organizations in Vienna called for holding a meeting on the return of the United States to the JCPOA as soon as possible.

According to Mehr News, Moscow is calling for holding a meeting over the United States’s return to the Comprehensive Joint Action Plan and Iran’s return to its commitments under the accord, said Mikhail Ulyanov, Russia's permanent representative to international organizations in Vienna, stressing "Obviously, this meeting should be held as soon as possible."

"We went through the events that took place during the meeting of the Board of Governors of the International Atomic Energy Agency, we must do our job”, he added.

On Thursday afternoon it was revealed to the media that the three European power Germany, France, and the United Kingdom scrapped their plan to adopt an anti-Iran resolution at the International Atomic Energy Agency (IAEA) Board of Governors.

In the joint statement issued after changing their decision, the E3 once again claimed they were fully committed to the Iran nuclear deal or the Joint Comprehensive Plan of Action (JCPOA).

The European troika has emphasized that the agreement, when implemented, is in the interests of the security of all parties.

Britain, France and Germany went on to accuse Iran of "violating" the JCPOA and said they were concerned.

After the US exit from the world powers' nuclear deal with Iran in May 2018 and imposing the unprecedented sanctions on the Iranian nation which was followed by the indifference of the European parties to the need for compensating Iran's losses as a result of the US violation of the international accord, Iran started reducing its JCPOA commitments in five steps and finally suspended voluntary implementation of the Additional Protocol on Monday midnight February 22.

Before ceasing the Additional protocol, Iran had begun enriching uranium to 20% purity in accordance with a piece of legislation approved by the parliament dubbed the Strategic Action Plan to Counter Sanctions in early last December, setting a Feb. 21 deadline for Biden administration to lift the US sanctions.