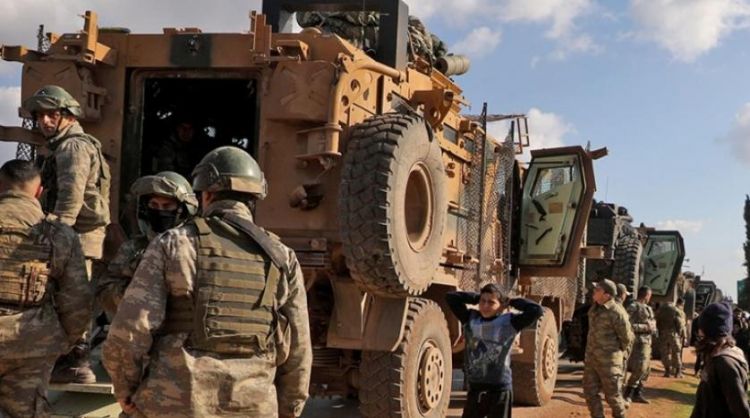 Activists said this is the fifth round of attacks launched by Russian jets and regime forces since early this year.

The shelling coincided with the first anniversary of the Russian-Turkish ceasefire agreement signed last March between Ankara and Moscow with hopes to halt military action in Syria’s last major rebel stronghold in the northwest of the country.

The Syrian Observatory for Human Rights said Friday that since the signing of the agreement, Russia launched 320 airstrikes on the region, while regime forces launched 4,500 missiles, killing 429 people, including 80 civilians.

On Friday, the Observatory said regime forces launched rocket attacks on the town of Bzapour in the area of “Jabal al-Arbaeen” in the Idlib countryside while Russian airstrikes targeted the outskirts of the city of Maarat Misrin in the northern countryside of Idlib.

The opposition Sham network said the shelling killed two civilians in Bzapour but caused no human or material losses in Maarat Misrin.

Meanwhile, regime forces shelled the town of Al-Ziyara and the villages of Tel Wasit and Al-Mashik in northwestern countryside of Hama. They also launched a rocket attack on Ain Larouz and Kansafra in Jabal al-Zawiya, south of Idlib, coinciding with the flight of Russian reconnaissance drones over the area.

Also on Friday, the Observatory said it documented a Turkish military column of nearly 15 vehicles carrying military and logistical supplies crossing into the Syrian territory, via Kafr Lusin border crossing on the border with Iskenderun region in northern Idlib. The vehicles headed to the Turkish posts in Idlib countryside.