Turkey only aims to protect its rights - President 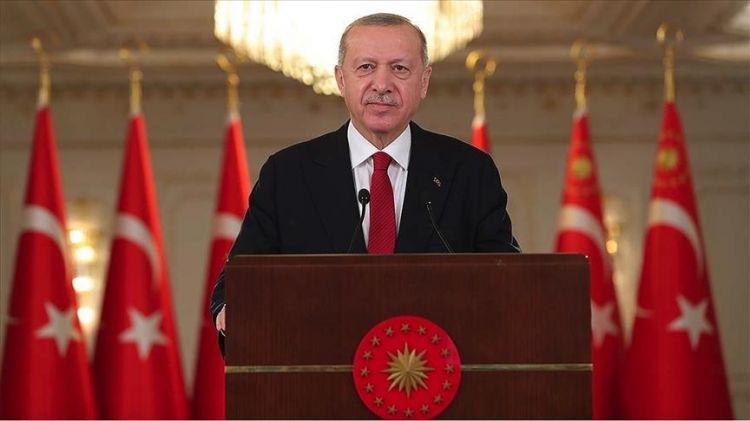 Turkey is only aiming to protect its rights and territories and does not have any other ulterior motives, said President Recep Tayyip Erdogan on Saturday, Eurasia Diary reports ciitng Anadolu Agency.

"Our Navy makes us proud with their experience, discipline, qualified personnel and the success they have achieved in the tasks they undertake," he said.

The Turkish president said attempts have been made to usurp the rights of Turkish nation and Turkish Cypriots in Eastern Mediterranean.

Ankara last year sent several drill ships to explore for energy in the Eastern Mediterranean, asserting its rights in the region, as well as those of the Turkish Republic of Northern Cyprus (TRNC).

"We have exported more than 130 naval platforms, the cost of which is over $3 billion, all produced in our shipyards," he said, adding that Turkey is among 10 countries which can design, build and maintain their own warships.

"As in all areas, we are adamant on making Turkey a superpower in the naval world," he added.

Touching upon the Turkey’s defense exports, he said they increased from $248 million to $3 billion.

"The capability of our military shipbuilding industry are now known around the world," he added.