Liberation of the rest of territories is inevitable - It will only take some time – Political analyst
Read: 199 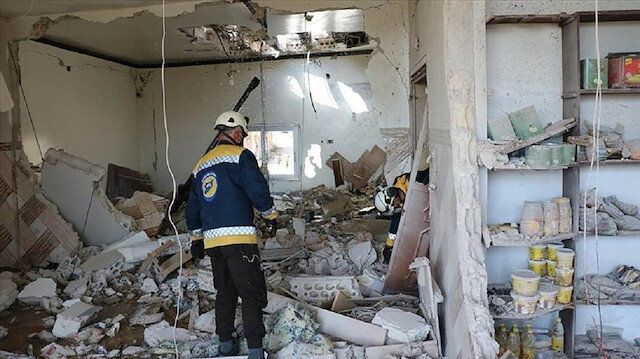 At least six civilians were injured Saturday by Assad regime forces in the de-escalation zone in Idlib in northwestern Syria.
Forces loyal to the regime and foreign terrorists backed by Iran violated a cease-fire deal that was achieved for the de-escalation zone.
They shot ground-to-ground from Maarat al-Numan to Arihah, near the M4 highway.
Two civilians were seriously injured in the attack, The wounded were taken to hospitals in the region.
The M4 highway, also known as the Aleppo-Al Hasakah road, is about 30 kilometers (19 miles) from Turkey's southern border.
The Idlib de-escalation zone was forged under an agreement between Turkey and Russia. The area has been the subject of multiple cease-fire understandings, which have been frequently violated by the Assad regime and its allies.
Syria has been embroiled in a vicious civil war since early 2011 when the Bashar al-Assad regime cracked down on pro-democracy protests with unexpected ferocity.
More than 5 million civilians have since been displaced.