Rouhani says Europe should not resort to 'threats or pressure' in any JCPOA talks | Eurasia Diary - ednews.net

Confidence should be formed for cooperation between Armenia and Azerbaijan - EU Special Representative
Read: 262 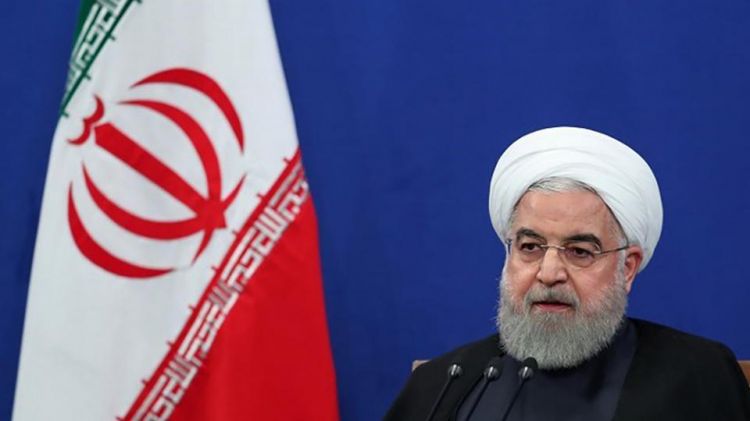 Following Joe Biden's victory in November's presidential election, the US has stated that it may return to the nuclear deal, from which Washington withdrew unilaterally under the Trump administration, although no further steps have been taken. In its turn, Iran has refused to negotiate until the newly imposed sanctions are lifted, Eurasia Diary reports citing Sputnik.

Iranian President Hassan Rouhani has urged European countries that are participants of the nuclear deal to refrain from using "threats or pressure" in any negotiations with the country.

"The best way to resolve problems with European partners at various bilateral, regional and international levels is negotiation based on mutual respect and the avoidance of any threat or pressure," Rouhani said at the meeting, according to the Iranian Presidency's press release.

The Iranian president also emphasized the country's commitment to abiding by the terms of the deal and condemned the "inaction" of its European partners.

"The Islamic Republic of Iran is committed to the deal and its preservation, and is the only party that has paid for it, but this cannot continue this way, and full implementation of UN Security Council Resolution 2231 by all members is essential for maintaining and reviving the JCPOA," he added.

Rouhani also reiterated a point of view that the first step should be on the part of the US, which consists in lifting the sanctions imposed by the previous administration in 2018.

"The activation of the Joint Comprehensive Plan of Action (JCPOA), as a multilateral international agreement, is subject to the lift of sanctions by the United States and the full observance of commitments by all members," the president said.

On Thursday, the three European nuclear deal parties scrapped a draft resolution at the UN's International Atomic Energy Agency that condemned Iran's decision to restrict some nuclear inspections, which came into force on February 23. And Rouhani also addressed the suspension of the implementation of the Additional Protocol.

"Despite the suspension of the implementation of the Additional Protocol, Iran is still determined to cooperate with the International Atomic Energy Agency," he stressed. "Iran is ready to take immediate compensatory measures in accordance with the provisions of the JCPOA and fulfill its obligations after the lifting of illegal US sanctions and their abandonment of the policy of intimidation and pressure."

Earlier in the week, the nation's foreign minister Javad Zarif stated again that there will be no contact between Iran and the US before sanctions are removed.

Ireland, which is currently a member on the UN Security Council, is serving as a facilitator for the United Nations Security Council resolution instituting the 2015 nuclear agreement between Iran and six major powers. According to its ministry, the country's role as a facilitator for the UNSC resolution is to keep the other council members informed about the deal's implementation.

The deal, concluded in 2015 by the EU 3+3, namely UK, Germany, China, Russia, USA, France and Iran, has been hanging by a thread since May 2018, when US President Donald Trump unilaterally withdrew from it and re-imposed sanctions against Tehran.

In 2019, Iran announced a phased stepping down from its obligations under the deal, abandoning restrictions in nuclear research, centrifuges, and the level of uranium enrichment.

At the end of 2020, Iran issued a law called "The Strategic Measure for the Removal of Sanctions", which allowed for the intensification of its uranium production to an enrichment level of 20%, instead of the previously negotiated 3.67%, as well as the use of more powerful centrifuges that go beyond the provisions of the deal, and announced it would restrict expanded IAEA inspections if the sanctions are not lifted.