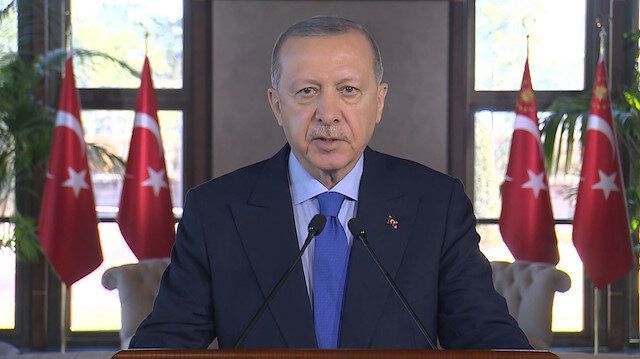 Turkey's president on Monday said the country would support impact investments that would be vital towards achieving a sustainable economy, Eurasia Diary reports citing Yeni Safak.

Speaking at the 11th Bosphorus Summit, Recep Tayyip Erdoğan noted the importance of sustainability in investments, adding that a strategy of impact investments would have social and environmental benefits.

It will be "very significant" to support companies bringing together this innovative approach with the current conditions of business and social life, he added. "We will provide all the support necessary to efforts in impact investment as the Presidency and through our institutions."

He underlined that the novel coronavirus pandemic had deeply affected economies, while also negatively impacting many other areas from politics to social life.

Turkey is among the few countries that overcame this crisis with the minimum damage, he said.

He said that during the most difficult days of the outbreak, Turkey had helped 157 countries and 12 international organizations with medical support.

Government support for Turkish citizens against the pandemic's effects, meanwhile, reached a value of 311 billion Turkish liras (over $40 billion), he added.

The 11th Bosphorus Summit, organized by the International Cooperation Platform (ICP), was attended internationally by academics, politicians, and experts. Living in an age of uncertainty is its main theme.

The two-day summit will focus on several areas, such as agriculture, international cooperation, smart cities, the defense industry, China's One Belt One Road Initiative, the future of the finance sector, and digitalization.