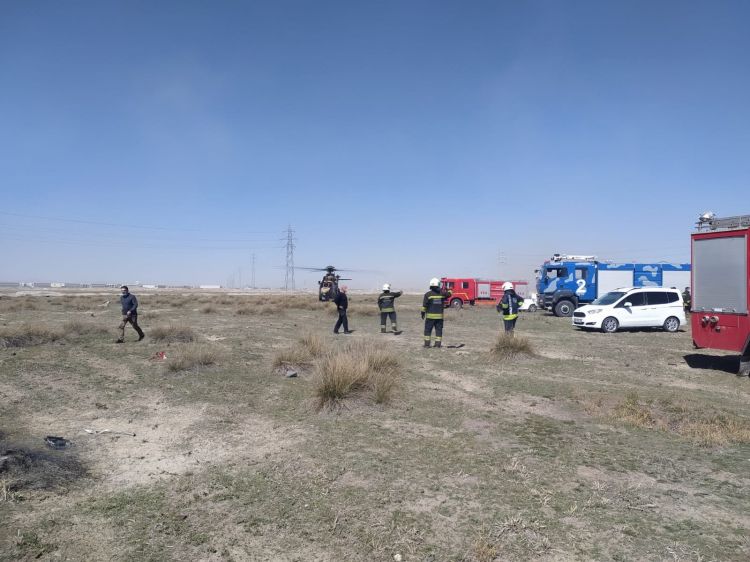 Search and rescue teams were dispatched to an area in Karatay district of Konya in central Turkey on Wednesday after a military training aircraft crashed, news agencies reported.
Anadolu Agency (AA) reported it was an aerial stunt airplane but it is not clear whether it is part of Turkish Air Forces. The crash site was closed to Third Main Jet Base, a main military aviation hub in the province according to news reports.