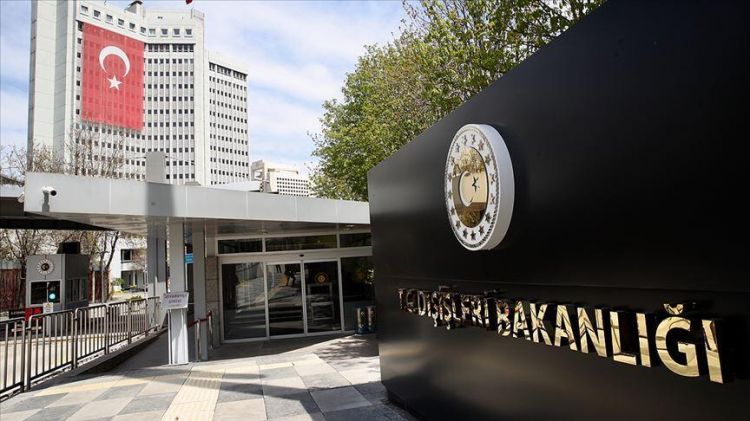 Ahead of a visit next week by his Greek counterpart, Turkish Foreign Minister Mevlut Cavusoglu on Wednesday received the Greek ambassador to Ankara, Eurasia Diary reports citing Yeni Safak.

Cavusoglu and Michael-Christos Diamessis met at the Turkish Foreign Ministry in the capital Ankara, Cavusoglu wrote on Twitter.

Cavusoglu had previously said that after Greek Foreign Minister Nikos Dendias’ visit to Ankara, set for next Wednesday, which would address all issues between the two countries, he would in turn pay a visit to Athens.

This year Turkey and Greece restarted consultative talks to resolve bilateral disputes in the Aegean and Mediterranean seas.

Talks in Istanbul on Jan. 25 marked the first direct talks between the two countries in nearly five years after Athens suspended the talks in 2016.

Turkey, which has the longest continental coastline in the Eastern Mediterranean, has rejected maritime boundary claims by Greece and the Greek Cypriot administration, stressing that their excessive claims violate the sovereign rights of Turkey and the Turkish Cypriots.

Last year Ankara sent out several drill ships to explore energy in the Eastern Mediterranean, asserting its rights in the region as well as those of the Turkish Republic of Northern Cyprus (TRNC).

Turkish leaders have repeatedly stressed that Ankara is in favor of resolving outstanding problems in the region through international law, good neighborly relations, dialogue, and negotiations.