Iraqi adviser says over half of US personnel already left, no combat units remain 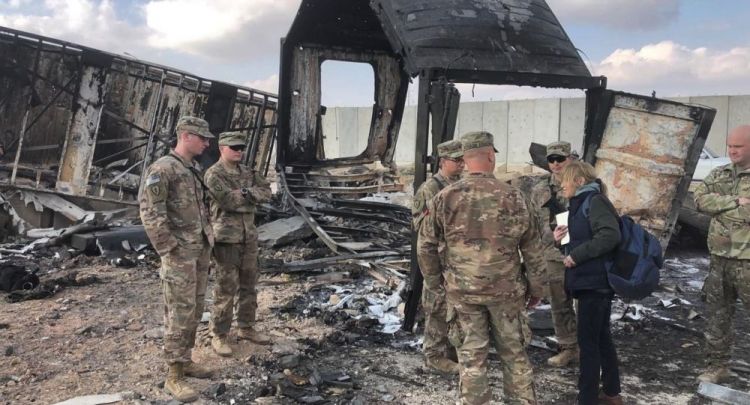 Some 2,700 military advisers out of 5,200 have left Iraq amid the ongoing US pullout, and any foreign troops remaining in the Middle Eastern state are there to advise Iraqi troops and not conduct any fighting, Hussein Allawi, adviser for security sector reform to the Iraqi Prime Minister's Office, Eurasia Diary reports citing Sputnik.

On Wednesday, Iraqi and US officials held in the virtual format a third round of strategic talks on the status of the US-led coalition troops in the Middle Eastern country. The sides agreed that there should be no foreign military bases in Iraq and that the US-led coalition should continue to pull troops out, with a withdrawal timetable yet to be finalized by a coordination group formed last year. The Iraqi prime minister additionally ordered a technical committee to be set up for overseeing the negotiations process.

"The American side reduced the number of its troops, 2,700 American advisers left Iraq, and yesterday the US said that there will be no troops in Iraq in the future ... right now there are no foreign combat units in Iraq, all military personnel present are advisers who share information with Iraqi personnel, help structure the Iraqi army and provide support to the Iraqi air force when asked to do so by the Iraqi military command," Allawi said.

The adviser ruled out the possibility that Washington would change its mind, saying that "no one can violate Iraq's sovereignty." The current US involvement was the consequence of the 2014 events in which terrorists invaded from neighboring Syria and took over much of the northern regions of the nation, including Mosul.

During Wednesday's talks, after discussing security matters, the US and Iraqi sides discussed trade, economy and culture, including the return of cultural artifacts and archives to the country, Allawi said.

In August 2020, the sides agreed to pull all foreign troops out of Iraq within a three-year time period. In October, a coordination group was formed to set up a timetable for the withdrawal.

The issue of pulling foreign forces out of Iraq was raised by the Iraqi parliament in early 2020, when the administration of US President Donald Trump assassinated senior Iranian special forces commander Qasem Soleimani near the Baghdad airport without informing Iraq. Lawmakers in Baghdad voted in support of a resolution calling for a total pullout. Since then, the US has handed a number of military sites to Iraq, including airbases and army headquarters.