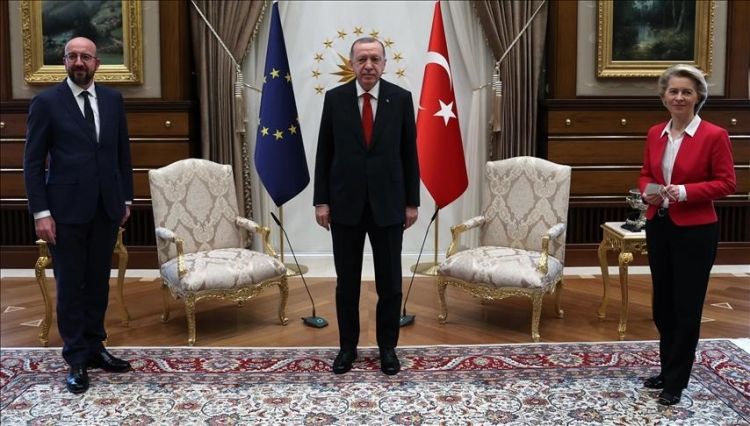 European diplomats on Thursday pointed out that Turkey has no responsibility for the protocol arrangement of Tuesday's meeting between the EU officials and Turkish President Recep Tayyip Erdogan as it took place in line with EU protocol requirements, Eurasia Diary reports citing Anadolu Agency.

"When I was traveling with [Donald] Tusk or [Herman] Van Rompuy, I always respected that protocol order ... Normally I had a chair next to the chair of the president of the Council, but sometimes it happened that I was sitting on a sofa," Juncker told POLITICO in a phone interview.

Also, mentioning the issue and reactions from the EU press, Liberation, the French daily, said that the scene shown as misogynistic by many social media users respects the European protocol.

It said visuals should not be relied on as in that case, Turkey applied the EU protocol